International Women's Day 2017: Discussion on the position of women in Greece and Cyprus 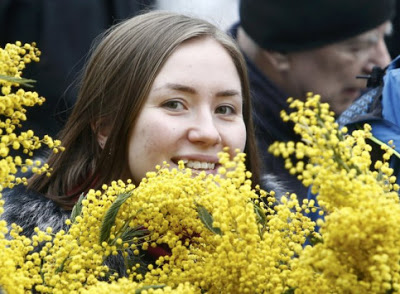 The Speaker of the Cypriot Parliament, Dimitris Syllouris, and the Secretary General of Gender Equality of the Greek Ministry of Interior, Fotini Kouvela, exchanged views on the position of women today and the defense of their rights, both in Cyprus and in Greece.

Ms. Kouvela is in Cyprus as part of the events for International Women's Day, organized by the Office of the Commissioner for Gender Equality of the Republic of Cyprus.

In particular, the Speaker of Parliament and Ms. Kouvela discussed issues related to the fight against racial discrimination and stereotypes, equal treatment of men and women at work, the political representation of women and the reconciliation of family and professional life.

Mr. Syllouris and Ms. Kouvela agreed that the effective and equal participation of women and men in decision-making centers directly affects the quality of democracy and social cohesion.