Tomorrow's meeting of the "28" in Malta is in Trump's shadow 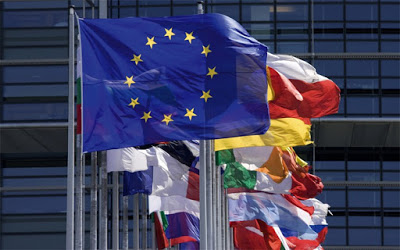 Tusk: The European Union is in a difficult position since the change of guard in Washington Shocked by the refugee crisis and Brexit, European leaders are meeting in Malta tomorrow and would like to focus on tackling the flow of migrants to the Mediterranean and preparing for the 60th anniversary of the signing of the Union Treaty of Rome.

But new political developments in Washington appear to be changing the agenda for the first European summit since the inauguration of Donald Trump. The political positions put forward by the new US leadership, which have been described as "worrying" by European Council President Donald Tusk, are sure to cast a shadow over the work of the informal summit.

Donald Tusk admitted in his stern message on Tuesday that the change of guard in Washington "puts the European Union in a difficult position".

In addition to the uncertainty about the formation of transatlantic relations, China 's stance of absolute confidence, Russia' s aggressive policy in Ukraine, conflict, terrorism, anarchy in the Middle East and Africa, and the role of extremist Islam are problems sufficient for to make the future of the European Union "completely unpredictable", warned Donald Tusk in his message.

The European Union's response to the new international balances must be decisive and strong, according to the President of the European Council.

On the Valletta talks menu is the issue of refugees and immigrants following Trump's decree banning all refugees and citizens from seven Muslim countries from entering the United States.

"I have spoken to many of my European counterparts and we share the same view: we do not approve this decree, which also applies to dual European citizens," said Luxembourg Prime Minister Xavier Bethel.

According to a European source, Malta has the opportunity to respond at least indirectly to Donald Trump on the treatment of refugees and immigrants. "To declare that our policy is strong and in line with respect for our principles and international law," the European source said.

The issue of immigration remains acute, since, despite the decrease to Greece due to the European Union agreement with Turkey, the flow from North Africa to Italy is increasing.

A record number of people crossed the Mediterranean in 2016, more than 181.000 people. More than 4.500 deaths were also recorded, according to the International Organization for Migration.

"We need to talk to Egypt, Tunisia, Morocco and reach a solution. "We are seeking a partnership on immigration," he explained.

But the main problem remains the extremely politically unstable Libya: 90% of the people who cross the central Mediterranean start from Libya. "Urgent and immediate action is needed," according to Donald Tusk.

The Prime Minister of the United Kingdom Theresa May will leave the talks later in the day to allow her counterparts to talk about the future of the European Union of 27 and the celebrations of the 60th anniversary of the Treaty of Rome on March 25 in the Italian capital. seen as an opportunity to project a "unity" of Europe that is more urgent and urgent than ever.