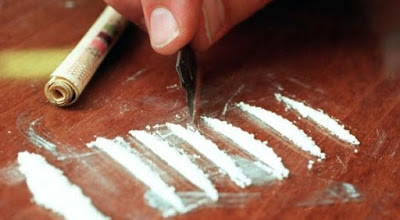 Grams of cocaine, cannabis cigarette butts and the amount of 650 euros were found in the house of a 31-year-old man in Deryneia who was arrested. According to the Police on Saturday, around 16:30 in the afternoon, members of YKAN after information put under surveillance the house of a 31-year-old in Deryneia. During the surveillance, the 31-year-old was seen leaving his house and walking on an open area opposite.

The members of YKAN approached him to stop him and as soon as he realized them, he fled, as a result of which he was stopped a few meters below.

During a physical examination carried out on the 31-year-old, a piece of paper containing a nylon bag containing a quantity of white powder-cocaine weighing 0,3 grams was found in the left pocket of his pants.

Cocaine was seized as evidence and the 31-year-old was arrested for a self-inflicted crime.

A court warrant followed a search of his home, during which two handmade cannabis cigarette butts were found in an ashtray in the living room, which were taken as evidence. The amount of 650 euros was also received, for which the 31-year-old did not give satisfactory explanations.

He was transferred to the offices of YKAN where the interrogator denies any involvement in the case and was taken into custody.