Beginning of the end for curved and 3D TVs 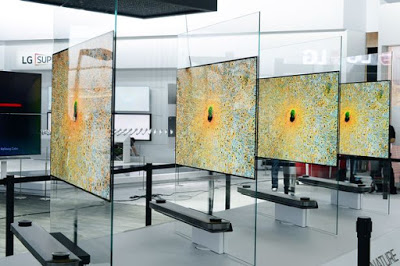 It seems that companies that make screens and televisions will try to return to the straight path as the curved models, as well as the three-dimensional ones, failed to attract the interest of the public.

The new trend of Samsung and LG is visible at the big international exhibition of electronics in Las Vegas, USA (CES). Coincidentally, it was in the same exhibition 4 years ago that the first curved televisions were presented.

Consumers did not particularly recognize the benefits of curved TVs, with the latter not accounting for more than 4% of total global TV sales in the third quarter of 2016, according to research firm IHS Markit Technology.

LG has already completely removed the curved TVs from the range of its new models for 2017, now focusing on the very thin TVs. Samsung also abandoned its previous plans to have only curved models in the most expensive part of its range and now offers flat models in the high price range.

Both companies are also abandoning 3D in their new models due to insufficient interest from consumers. The first models of 2010D TVs were introduced in Las Vegas in 3, but XNUMX years after the initial interest, sales began to decline more and more.

Samsung, which sells two out of three curved TVs worldwide and has invested heavily in curved screens, has no plans - at least not yet - to abandon the technology altogether, as LG has already done. There are large markets, especially in China, where curved TVs remain popular.

Some analysts, however, see it as a matter of time before curved screens accompany 3D as a parenthesis in the history of television, despite initial triumphs over "revolutionary" innovations. Consumers probably said "we do not agree" and things are going their way.

The new fashion technology this year is HDR, which promises a richer and more dynamic image. Because it relies heavily on software, new technology is cheaper than curved panels or 3D. 4K technology, also known as ultra-high resolution, is on the rise.

LG presented at CES a very thin TV that clings to the wall in a magnetic way like wallpaper. The new OLED 4K TV is only 2,57 mm thick and will be available in 65 and 77 inches. Samsung has introduced a device, the Lifestyle TV, which has a wooden case and looks like a painting. It's basically like it never goes out. It also introduced a 75-inch QLED 4K TV, which is based on quantum dot technology and, according to the company, reproduces colors better and has a high brightness of 1.500 to 2.000 "candles". Sony has launched a new 4K OLED TV in the Bravia model category. It has an HDR processor and its innovation is that it has "unloaded" the built-in speakers and, instead, the sounds are produced by vibrations on the screen surface.