"Greeks come to Germany to work" 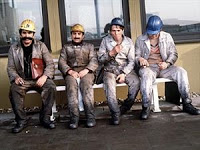 “Come on! Make good money here! ”Is the title of an article by German Professor Ernst Elitz, who was the first director of German Radio, in yesterday's edition of the Bild newspaper.

Mr. Elitz invites Greeks to work in Germany, assures them that they will be welcomed and calls on his compatriots to set a good example and lend a helping hand to the heavily indebted countries.

"Germany is Europe's job creation machine. We do not put it down to the Eurozone crisis. We help! This is a good example for over-indebted countries. Whoever wants, can! The same goes for young people who do not find work in Greece and Spain and want to create something. They are invited. They are welcome in Germany ", Mr. Elitz emphasizes and mentions that there is a special demand for skilled workers, such as engineers and programmers.

"We say goodbye to them", he notes and adds that the Germans have enjoyed the Greek hospitality during their holidays: "We want you to feel good in Germany, despite the current situation. You will earn good money here and write at home: please no more quarrels with the Germans. "They show how we can help ourselves, with hard work, economy and ingenuity."

The German professor concludes by emphasizing that the joint effort is the meaning of Europe, but it can also be the way out of the crisis.