The church of Chrysosotiros in Sotira, Famagusta 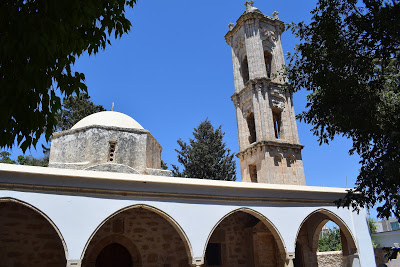 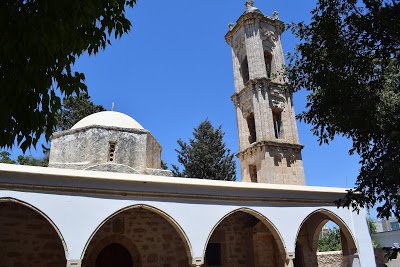 Yesterday our Church honored the great feast of Orthodoxy, the Transfiguration of Christ before his disciples on Mount Tabor. On the day of the Feast of the Transfiguration, a big trade fair is held in Sotira, Famagusta, a community named after the church of the same name, which is framed by stories, traditions, miracles and great archaeological discoveries that are underway.

The old church of the Transfiguration in Sotira, also known as "Chrysosotira" is a 13th century building and is believed to be built on the foundations of an early Christian 4th-5th century basilica with a mosaic floor. The latest conclusion came after an accident that prompted investigations into the temple by the Department of Antiquities in 2014 and continue to this day. The findings in the churchyard confirm the description given by many to the Savior as a "Byzantine Comet", since in addition to the great discovery, the community is scattered by Byzantine chapels of the 12th-16th century, such as the church of Agios Mamantos in the center of Sotira but all three churches, of Agios Theodoros, Agios Georgios and Panagia Chordakiotissa in the homonymous area (Chortakia), southwest of the community. 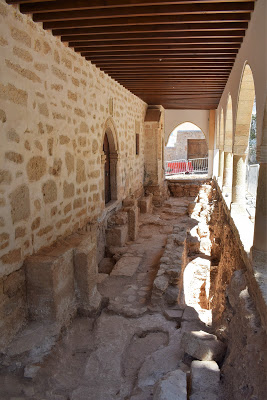 The accidental discoveries that brought to the surface great findings

As Elder George Ioannou explains on Sunday, two random discoveries were the reason for the important findings of the temple to come to light. Today's church is a 13th century building and is the result of repairs made in the 16th century. It belongs to the architectural type of the single-aisled vaulted dome, decorated with 13th-century frescoes of great value, which reflect the imperial art of Constantinople. According to Fr. Georgios, these frescoes were covered after the creation of new arches, arches and pillars in the 16th century, which were restoration works of the dome that was demolished at that time. These frescoes came to light after the maintenance of the church in 1989, when part of the plaster receded and the fresco of Agios Epiphanios was revealed, as a result of which the rest of the frescoes of the church came to the surface.

In 2013, another accidental event led to the unveiling of an entire temple on which the current building is built. According to Fr. George, the negligence of the termination of the pump that watered the trees in the courtyard of the temple, led to the flooding of the foundations of the church. The Department of Antiquities was immediately called in to investigate whether the temple had been affected by the humidity. Nevertheless, the results were far from alarming, as the carved stones in the north aisle of the older church came to light, with the result that the Department of Antiquities has been conducting maintenance work in the church, whose findings suggest that today's temple is built on a larger early Christian temple. At the same time, the Municipality in cooperation with the church will proceed with a gradual restoration and transfer of the bones of the old cemetery located in the churchyard to the new cemetery, so that the excavations continue throughout the area around the church, where they are believed to be located. various other buildings that together with the temple formed a single complex.

In June 2014, the University of Cyprus, in collaboration with the Department of Antiquities and with the generous funding of the "Anastasios G. Leventis" Foundation, launched a two-year research program "The Church of the Transfiguration in Sotira, Famagusta and its context: History - Architecture Wall paintings".

The program focuses on the architecture and murals of the temple, which in their style date back to the last decades of the 13th century, in an interesting and fruitful period for the development of Cypriot ecclesiastical painting.

The program is to publish a collective scientific volume in English by an international scientific publishing house, which will include chapters on the history of the Savior and its area during the Byzantine period and the Latin period, the architecture and frescoes of the temple. of the Transformation and the results of the technical analyzes of the murals. Within the framework of the program, the iconostasis of the church is also studied, which, although dating to the 19th century, includes wood-carved elements dating to the 16th century.

The international scientific team of the research program consists of scientists from Universities of Cyprus, Greece, Great Britain, France, USA and Switzerland, while the coordinators of the program are the Archaeological Officer A of the Department of Antiquities, George Filotheou and the Associate Professor of the Department. Of History and Archeology of the University of Cyprus, Dr. Maria Parani. 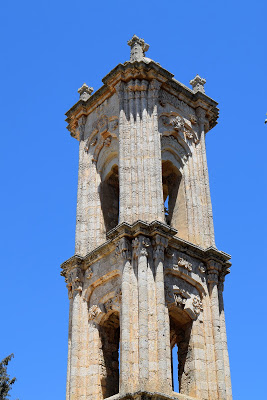 The miracle that connects the temple with Paralimni

One of the many legends and traditions associated with the temple is a miraculous event which to this day connects the temple with the inhabitants of the neighboring Paralimni, who are the donors of the southern portico added in 1854.

As reported by "S", Elder George Ioannou, in the middle of the 19th century, according to tradition, the neighboring Paralimni was plagued by a plague epidemic, as a result of which many people die every day, especially children. Due to the absence of a priest, Pope Gabriel from Sotira, who was burying the dead, went to Paralimni. One day, however, as Fr. Georgios narrates, Pope Gabriel, on his way to Paralimni, repented for fear of transmitting the epidemic to him, and so he decided to return to the village. Then, according to tradition, an unknown bright figure appeared in front of him, urging him to perform the funeral in Paralimni, which, as he told him, would be the last. Indeed, Pope Gabriel went to Paralimni and held the funeral, which was the last, after the miracle epidemic stopped.

The residents of Paralimni said that the unknown form was "Chrysosotira" and as a sign of gratitude they built the solar system at the southern entrance of the church, while from then until today the people of Paralimni go every August 6, on the day of the Feast of the Transfiguration. Every Monday mothers visit the temple to get oil from the church candle for newborns.

The Municipality of Sotira uses its ecclesiastical monuments

According to the Mayor of Sotira, Georgios Takkas, in his statements to "S", the Municipality of Sotira is making great efforts to promote its ecclesiastical monuments, since in collaboration with the Holy Diocese of Constantia-Famagusta and the Church of the Savior, monuments are being preserved. The contribution of the Municipality was great, as Mr. Takkas mentioned, in the work of the research program of the University of Cyprus, as well as in the work of the Department of Antiquities in the Ancient Temple, while the municipal authority, as he said, focuses not only on the church heritage, but also in the promotion of the Municipality in general as a destination for pilgrimage tours.

At the same time, the interest resulting from the study of the Ecclesiastical monuments of the Savior is also important. As a result of this interest, the recent pioneering travel guide created by the students and teachers of Paralimni High School under the guidance of philologist Konstantinos Komodikis and other teachers of the school as part of the Student Religious Tours "Our Companions Who Went to His Holiness" the Directorate of Secondary Education with the Holy Archdiocese of Cyprus and the Synodal Office of Pilgrimage Tours of the Church of Cyprus. The travel guide includes a map, e-guide, documentary, educational game and book in which students and teachers managed to capture in detail the historical heritage of the Savior in a way that attracts the interest of a local and a foreign traveler to get to know and appreciate him. Infinite Christian cultural wealth of the Savior.