Countdown for the Golden Globes 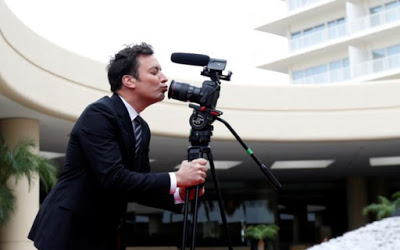 The countdown has already begun for the 74th Golden Globe Awards, to be held Sunday (8/1) at the Beverly Hilton Hotel in Los Angeles, marking the start of film events across the Atlantic that will culminate in the award ceremony. of the Oscars in February.

The host of "The Tonight Show" Jimmy Fallon will take over the duties of the host this year, who promises in an interview with The Hollywood Reporter that the ceremony will look like a big party with famous guests, a possible dance number with Justin T and enough .. "Game of Thrones". The night will not lack jokes about Donald Trump. "We will not focus only on that, but his swearing-in is in a week, so it will be on everyone's mind… The Golden Globes will be the first and probably the last party we will have in 2017," he said.

Damien Sazel's "La La Land" and Barry Jenkins' "Moonlight" are in the top seven with seven nominations. These two films also give the stigma to the categories "Comedy / Musical" and "Drama" respectively, with each of them being considered the favorite for the big award for Best Picture. Following is Kenneth Lonergan's heartbreaking family drama "Manchester by the Sea" starring Casey Alec and Michelle Williams, which garnered five nominations. This night, however, will be special, as it will also have Greek interest. Colin Farrell is nominated for a Golden Globe for Best Actor (in a comedy or musical) for "The Lobster" by George Lanthimos. His co-nominees in the same category are Ryan Gosling for "La La Land", Hugh Grant for "Florence Foster Jenkins", Ryan Reynolds for "Deadpool" and Jonah Hill for "War Dogs".

Nicole Kidman, Matt Damon, Drew Barrymore, Viola Davis, Eddie Redmain, Sienna Miller, Sylvester Stallone, Amy Sumer, Sophia Vergara, Reese Witherspoon who will be on stage to present the awards, but also to help Jimmy Fallon in the presentation of the film institution. In addition to their role as presenters, both Nicole Kidman and Viola Davis are also nominated for Best Actress Award, with the first for her role in Australian Garth Davis' "Lion" and the second for '' Fences "by Denzel Washington. The "Cecil B. DeMille" honorary award for 2017 will be received by actress Meryl Streep, for her 40 years of service to the film industry. The 67-year-old actress has previously won three Academy Awards for her performances in "The Iron Lady", "Sophie's Election" and "Kramer vs. Kramer" and has won eight Golden Globes, and this year she is nominated for a performance. in the movie "Florence Foster Jenkins" by Steven Friars.