Women of the Savior Choir are photographed with a handkerchief for Pag. Cancer Day 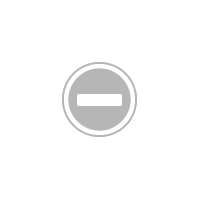 World Cancer Day has been established on February 4, at the initiative of the Union of International Cancer Control and represents 280 organizations in 90 countries around the world.
Those who watch this battle of cancer, do everything to help their loved ones. They suffer almost the same for support, many also shave their own hair.
Today…

The choir of the Municipality of Sotira and the Athletic Union of Kokkinochorion (AEK) Famagusta, send their own strong messages to all the women of the world who lost their hair due to cancer.
With them is Flora Markou who in her life had to fight cancer 3 times and her story hosted ant1iwo a few months ago. She was the biggest inspiration for this photo shoot as she also lost her hair.

The female hero who moved the whole world with the power of her soul, states:
"There are so many women who suffer from hair loss and are stigmatized. They are upset that they have to use wigs or hats and scarves. A photo with so many women in scarves would show them that it can happen to anyone "and he continues:" In my life I had to fight cancer 3 times. The first time he broke up with me, he took what was most precious to me, my daughter. The other 2 times σα I beat him. I thank from the bottom of my heart my doctors and nutritionist and I wish all the women of the world who are fighting their own battle with cancer, to have strength. In them, to feel confident that they will win and will not be defeated. But remember that heroism is in the mind. From how one thinks one becomes a hero or not. The hero is not afraid of life, he is not afraid of difficulties and impasses because he believes that he can overcome them. After all, in war, the numerical superiority of the opponent does not count, but does not the mental strength and high morale count?
The words of Mrs. Barbara Christofi from Sotira προ caused a great emotion…
"We would have no problem even shaving our hair to be more supportive of women undergoing chemotherapy. All I want to say is that wearing a scarf and hat, a wig, does not matter, the only thing that matters is to never put them down. To be strong and to fight for ourselves, for our health and for our children. We were not alone, many are those who pray with a flame of love for all of us ".
With the slogan "Together we can fight and defeat cancer", they were photographed for ant1iwo.
Source: ANT1iwo / Christiana Dionysiou
10
SHARES
ShareTweet