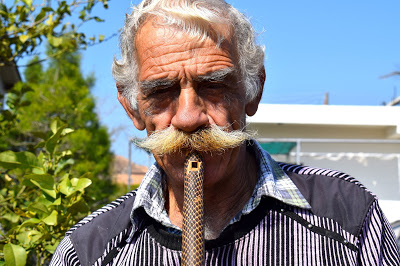 "I was born in Mosul on September 16I did my baptisms on December 20th.They made fun of me, but I say I'm dyingI had 40 jay fever another 2-3 that over.Where cries were crying on my side of the creaturethis baby crying looks like a chattering.I was still beating my jerk with couragethey thought they were standing where his grace was.As long as I rolled my jaw, my mind was cut offI was beating my grandparents, my grandfather was in a coma. ”

He was born in 1953 in Mousulita and managed to study only until the first grade of elementary school due to the poor situation of his family, while from the age of six he worked as a shepherd and then as a butcher. Who taught you apes?
Pithkiavli has no teacher. What you learn you will learn on your own without being taught by anyone else. There may be a person who teaches you the basics, that is, how to keep it but not how to play it, beyond that whatever you do you will do it yourself if you have a passion and passion for it. In order to learn pithkiavli, one must start at a young age and practice constantly. If you leave the monkey then the monkey will leave you and you will forget how to play it.

I started pithkiavli when I was very young. I did not have a teacher. There was only one person who gave me some advice at first, and I typically remember him bragging in the village that he had taught it to me and the other villagers wondering how the student could have passed the teacher. I had the taste from a young age, it is the truth. Wherever I went I always had it in my pocket. Even at night I had it under my pillow. I remember my forgiving mother saying to me: "How much time do you play". And so I preferred to go to the plains and play there. Pithkiavli is like my drug. Just as the drug addict cannot stand without his dose, so if a day passes and I do not play, I will feel that I am missing something.

Where to die tell me jeans to bury me
I do not want my memory to cry
That on the right partly I see this monkey
My waffle, my verda, the other part Today I sighed ji a brilliant came out
as the star sighed jay as she descended
If we are not found, he eats in the sense that it happened
I have kisses kept in a golden container
jay now before jay,
I have a daughter in the girls' school
I have her loo jai pennia to put on my jeans when I go As far as we know, you have been awarded many times for your contribution to the Cypriot tradition. When was the first time you received your first prize?
The first time I got my first prize was when I participated in a competition. I was about fourteen then, and I was the youngest of the contestants. Once I saw the others I was sure I would win, but I lost my faith when I competed with a very strong opponent several years older than me. Nevertheless, I managed to win, leaving the jury to wonder if these songs I sang were mine. My uncle then assured them that it was all mine and I confess to say that since then I have gained courage. 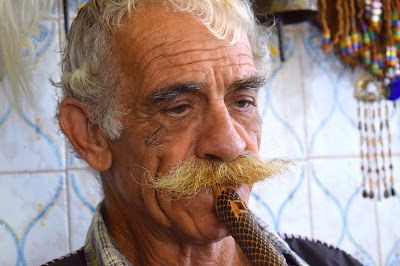 Tell us an incident that happened to you and you will not forget it.
I have many incidents to tell you, but one that remained etched in me is this: I was ten years old when I went with my older brother to collect the so-called "smurfs" that frequented the pits. I in my innocence went down to one of those who was deep enough. After collecting the smurfs, I did not have enough time to climb the stairs. In the meantime my brother left the field without meaning since he thought I had returned home. But when he went home and did not see me there, they started looking for me in all the pits with my father. As night fell, I shouted with all my might but in vain, since that pit was the only one they did not suspect. The next day I heard the "cackling" of sheep (bells) and continued to shout but again without response. When my uncle Prigopoulos wondered if my parents were looking in all the holes, my father, in his anxiety, answered "yes" without thinking about it. But then he reconsidered and remembered that they did not. So they went to the specific pit and found me. As soon as I heard my uncle's voice calling to me I was resurrected. The last thing I remember is my uncle telling me "you are wearing" and my father saying "you are still fine". I remember that as soon as I was taken out I felt sorry. Another incident that happened to me and I will not forget it was the earthquake of 1963 when I was eleven years old, that is, the year immediately following the previous event. Dawn of the Cross. I was alone with an acquaintance when a strong wind suddenly blew from the north. The old man realized that something was going to happen tonight. In the meantime, in order to warm up, I entered the isadzi of the anus to warm up while the earthquake started. Then the old man grabbed me and took me somewhere safe. My father came anxiously and I typically remember the old man saying to him: "Run in jay straight that I saved your son". Tell us a couplet that characterizes you.
Suffering pains jai miserable
sneezing pharmacies that my body has
They tremble and tremble, the earth trembles on her wound
But my momentum stopped.