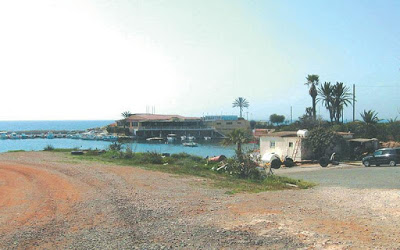 March will be a month of significant developments regarding the Urban Zones that will be established in 25 communities in the provinces of Famagusta and Limassol, which are located on the borders of the British Bases. Until now, the 25 communities have not implemented the policy of the Republic in the issue of Urban Zones and the agreement for the regulation of the very important issue was reached four years ago, between the Governments of the two countries.

As a competent source of the Bases revealed in the newspaper "Phileleftheros", in March the bilateral Committees of Dhekelia and Limassol, in which state experts of the Republic of Cyprus and officials of the Bases, chaired by the Department of Urban Planning, will convene to finalize with regard to the policy statement and the Urban Zones ". The sessions of the two committees, the same source added, are scheduled for the second fortnight of March.

After the finalization of the two issues by the two Committees, their Reports will be submitted to the Political Commander of the British Bases in Cyprus, who after studying them, will submit them for the so-called "Strategic Environmental Study", which is expected to last three to four months. Once this process is completed, that is, as it is estimated no later than the summer of 2017, the reports will be published and disclosed.

The issue of objections

Commenting on the lively interest of the residents of the 25 communities to see the final text that will define the Urban Zones within the boundaries of their communities and to exercise the right of objection in case of disagreement, the source of the Bases clarified the following: development zones will be given four months to lodge objections from residents who may disagree. However, the legal validity of the Urban Zones will be immediate with their publication and will not be affected by the process of objections, which will operate independently and they will be examined by the two Committees of Limassol and Dhekelia, depending on the community to which they will concern. "Therefore, after the environmental control process and the disclosure of the zones, these together with the policy statement apply immediately and the issue of objections will be another process in which those who deem themselves willing to participate will have a period of four months to do so. "from the date of publication of the zones and it is good for the citizens to know this clearly and not to worry", stressed the representative of the British Bases. He also clarified that in addition to individuals, communities, or even organized groups, will have the right to file an objection.

It is also worth mentioning that with regard to at least the Dhekelia area and the 13 communities affected by the measure, the British Base Authorities expect a number of objections, but not to such an extent as to create serious problems and, above all, implementation of the new urban plan. policy. (Furthermore, the previous period had been preceded by consultations with the communities who were invited to submit the views and suggestions of their residents, in order to be taken into account as much as possible and to avoid major problems at the end of the process).

The urban areas that concern coastal development in the first degree and residential development in the second, seem to occupy in the primary degree the interest of the inhabitants of the villages of free Famagusta, which concerns the new regulation. Xylophagus and Ormidia, e.g. hope that with the new regulation they will be able to enter dynamically in the tourism sector, developing their coastal fronts. In the case of Pyla, the community aims to expand its tourist front and its residential area.