Mayor of Ayia Napa: No delay for the marina 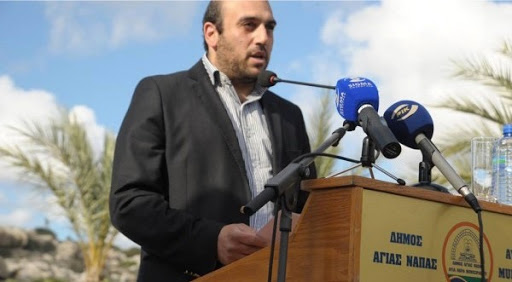 The procedures for the marina of Ayia Napa are proceeding normally, declares the Mayor Giannis Karousos "rejecting reports that state that the delay is due to the company". In a written statement, Mr. Karousos states that "the Makronisos Marina Company has so far completed most of the procedures required by law to promote the construction of the Ayia Napa Marina and is promoting the completion of these procedures as quickly as possible." Specifically "on January 30, 2015 has secured the Urban Planning Permit (Notice) for the Spatial Plan (Master Plan) of the Marina from the Department of Urban Planning and Housing and on March 13, 2015 the relevant Land Division / Road Construction Permit from the Municipality of Ayia Napa. Also on April 7, 2015, the relevant plans were submitted to the District of Famagusta to secure the Building Permit for the Port Works in accordance with the Law on Landfills and at the same time the Company implements the terms of the Planning Permit including the long-term Environmental » According to the announcement, "on 13/3/3015 the company has also submitted the guarantee of 25 million euros. Furthermore, the company has met the condition of the Urban Planning Authority and the Opinion of the Urban Planning Authority for the completion of the natural model of the Marina before the issuance of a Building Permit and the final report is expected to be delivered to the Competent Departments. the Council of Ministers of the implementation of an additional building area of ​​14.000 sq.m., the company is in the final stages of modifying the approved Spatial Plan (Master Plan) which will be submitted soon to the Planning Authority to make the corresponding modification of the issued Planning Permit. The statement added: "It is clear that the outstanding issues are purely procedural and only, which have already taken their course and we are optimistic that with the help of the government and its services all procedures ". It is also stated that" our company has informed that it will e It is ready in October to start the works but also to lay the foundation stone of the Marina, the largest and most mature project to be implemented in the Republic of Cyprus ".Source: KYPE