Turkey: Handcuffs on two suspects in preparation for a terrorist attack in Europe 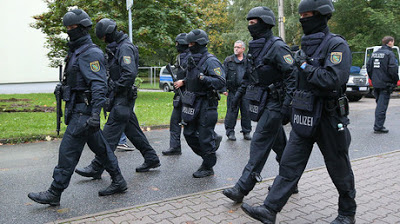 A Dane and a Swede of Arab origin, suspected of preparing an attack in Europe in the name of the jihadist organization Islamic State (IS), were arrested about 10 days ago in southern Turkey, the Turkish news agency Dogan reported today.

The two men, a 35-year-old Dane of Lebanese descent and a 38-year-old Swede of Iraqi descent, had been trained in Syria and had entered Turkey illegally 12 days earlier, Dogan said.

Police searched a house in which the two men were hiding in Adana, southern Turkey. Police questioned the two suspects for 10 days, the agency added, according to which the two men joined the IC three years ago. The Swedish security services (Sapo) confirmed the information in the newspaper Aftonbladet.

"We have received information from the Turkish intelligence services about the arrest of a Swedish citizen in Turkey," said Sapo spokeswoman Nina 'Undermalm Sei, quoted by the Swedish newspaper. "We are now focusing on getting more information about this arrest and on informing us of what the Turkish investigation has shown," he added.