Free area of ​​Famagusta - Development and challenges of family businesses 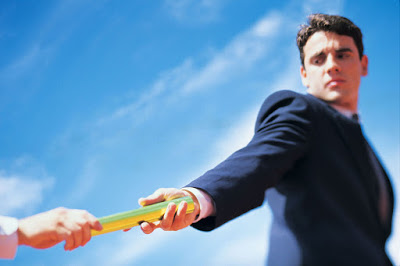 With the exception of the very negative consequences of the Turkish invasion in 1974, the development of tourism and other sectors of the Cypriot economy was rapid.

In particular, in the free region of Famagusta, after many efforts made by both the government and the private sector, the tourism industry is now one of the most important pillars of the region's economy. Also, large investments have been observed by land development companies, as well as similar services such as restaurants, tourist shops and others.

Indicatively, the free area of ​​Famagusta gathers around 30% of tourist arrivals, as well as based on the announcements of the statistical service for the year 2015 the value of overnight stays in tourist accommodation in the area amounted to € 6.084 million out of a total of € 13.275 million. for the whole island (ie 45%). Another important economic pillar is that of the construction industry. It should be noted that the construction sector has been significantly affected in recent years. The value of building permits in 2007 was € 244.562 million, while in 2014 it decreased to € 47.562 million. 2015 was a year of recovery since the value of building permits amounted to € 147.389 million compared to € 47.562 million in 2014 This sector remains problematic as many problems have accumulated such as tax debts, increased lending to credit institutions, unused land, as well as real estate that cannot be sold.

In addition to the day-to-day and long-term issues that these companies have to deal with, they will also have to manage the "family" factor, as well as property and management issues. Ownership and management are common to all companies. The element "family" occurs only in family businesses and is what differentiates them from other non-family businesses, as it is added to the business and emotional factor.

Most businesses in the area are already in the second or even third generation since most developed a few years after the 1974 invasion. That is why the issue of succession is one of the biggest challenges for family businesses in the area. Should the future of the business be left to family members or third parties? One of the biggest problems facing any family business is the transfer of leadership to the next generation. The problem of succession is usually not "predicted" and is almost never taken seriously by family businesses.

Careful planning is essential to ensure the smooth transfer of leadership. The surviving family businesses are usually those that follow a well-thought-out plan, which takes into account how succession will be achieved and what criteria will be used to decide when the successor is ready to take the reins.

The "natural" successors of existing shareholders / directors do not mean that they have their own skills and / or want to continue the "family tradition". Usually the children of the family when they grow up are promoted to managerial positions whether they have the qualifications or not, to the detriment of other executives who may have more abilities or skills in the field.

Succession should be the result of a long "process" which, the more timely and planned it starts, the better its chances of success.

KPMG with a presence in all cities of Cyprus offers a range of services specifically tailored to the needs of family businesses. Gives crucial answers to critical questions that plague family businesses, regardless of their size, guiding them to develop vision and achievable goals. In addition to auditing, tax and consulting services, the KPMG team can assist family businesses, including in matters such as:

* Preparation of plans for the management and succession of ownership / administration

* Design and implementation of strategic and business plan