Topaloudi murder: Today, the court decision for the heinous crime is expected 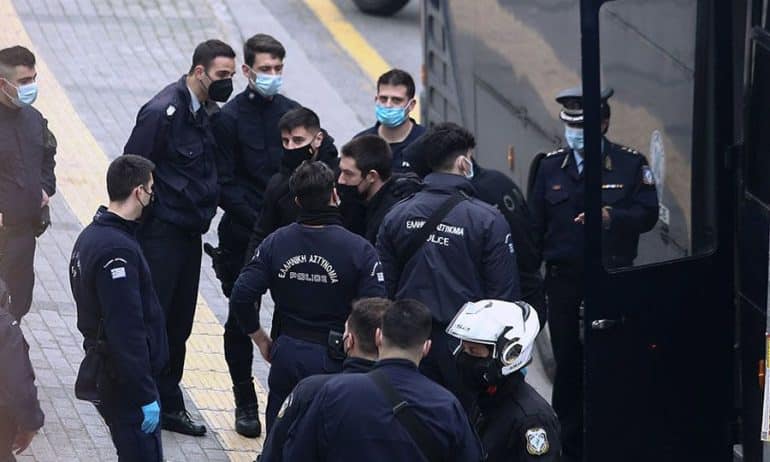 The decision that will judge whether the two accused for the heinous death of the student Eleni Topaloudi will leave the room of the Mixed Jury Court of Appeals again as lifers, as well as at first instance, or if they will have a more favorable criminal treatment, probably comes today.

The court is expected to issue its verdict this afternoon or afternoon on the two nearly 21-year-old students of the same age who raped and beat her wildly, in the cottage of the older defendant and then transported her alive and threw her on a rocky beach in Lindos area of ​​Rhodes.

Appellants and jurors are called to weigh the facts, the data of the experts and what the witnesses of the case contributed as well as the allegations of the two young defendants and to decide what will be the just punishment for the double crime. A crime with the confessed presence of the two accused at the places, house and beach, and at the time of its commission.

The 24-year-old Rhodian and his 22-year-old co-accused of Albanian origin, according to the accusation, acted together in every stage of the night that was fatal for Eleni. They themselves deny that they acted together, each holding the position of the "inactive" who was simply in the room when the student was tortured and raped, blaming the other for what happened in the first stage inside the house and in the final with precipitation of the severely beaten 21-year-old at sea.

In her speech at the previous trial, the Prosecutor asked the court to find both guilty, as the accusation is introduced for them, emphasizing that both participated equally in the brutal sexual abuse of Eleni and in her transfer, while she was in coma and her fall on a rocky beach in Rhodes, where she died. He also asked that the court not hear at all the allegations of the two defendants about the "sexual night" that they arranged with Eleni, emphasizing that the student that night "started going for skewers".

According to the prosecutor's proposal that will be examined by the court today, "despite Eleni's contrary will and the use of physical violence, the two defendants had successive intercourse with her". When the student told them that she would report them, the homicide came: "The homicide was committed by both of them in order to" silence "the girl. "If someone did not want to, they would call for help," said the Prosecutor, who stressed that the court should not accept any condition of psychological problems and imputation that the Rhodesian defendant invokes.

The process will begin in the morning with the completion of the speeches.