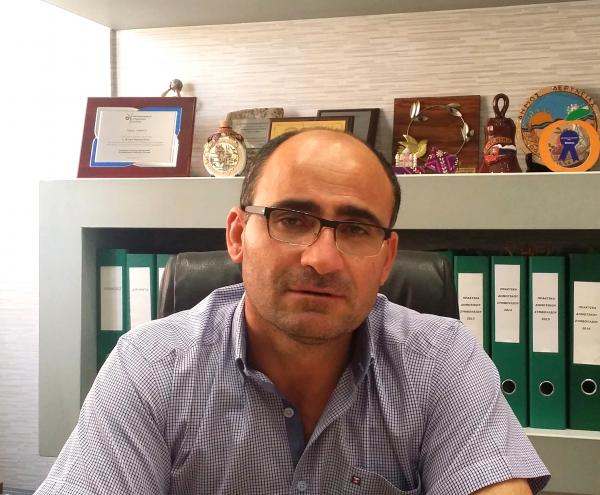 The Mayor of Deryneia, Andros Karagiannis, addressed a letter to the Minister of Interior, Nikos Nouris, regarding the extension of the housing loan for the revitalization of remote areas.

In his letter, the Mayor mentions data which, as he notes, "prove the need to expand a specific plan for its further use by young / young couples. The plan presented some weaknesses since several applicants are rejected due to income criteria and the start date of the construction or purchase of the property ".

He added that "in the remote Deryneia, the announcement of the plan has aroused the interest of several young people, mainly couples, to acquire a home, with the result that several land entrepreneurs move immediately and buy pieces in Deryneia, to build houses and serve those interested."

A request from the land development companies and the Local Authority, the Mayor of Deryneia states in his letter, 31 ».

Mr. Karagiannis appeals to "both land development entrepreneurs and young couples who wish to take advantage of the proposed plan, as it extends the validity of the plan and intervenes in any way it deems most effective, to expedite the issuance process." of the relevant urban planning permits ".

The housing plan, Andros Karagiannis continues in his letter, "has increased the interest in obtaining housing in the Municipality of Deryneia, which makes the local authority very happy, since our accuracy attracts for the first time instead of repelling young people to settle in Deryneia. The delay in the completion of the procedures for the publication of the Local Plan of Deryneia is another issue that fixes the development of the Municipality in the data determined by the Local Plan of 2003 ".

The Mayor of Deryneia reiterates the request "for the extension of the specific housing plan for its further utilization by interested couples, since the data prove that there is great interest in securing housing in the remote areas. This makes the Municipality especially happy that it will acquire new inhabitants, who will contribute to its development, despite all the difficult conditions and the many problems of everyday life that we experience next to the barbed wire and the occupying army ".