Decision-shame for the 30-year-old who kicked the kitten into the sea: "The infidels are innocent and by the decision of the Court" (vid) 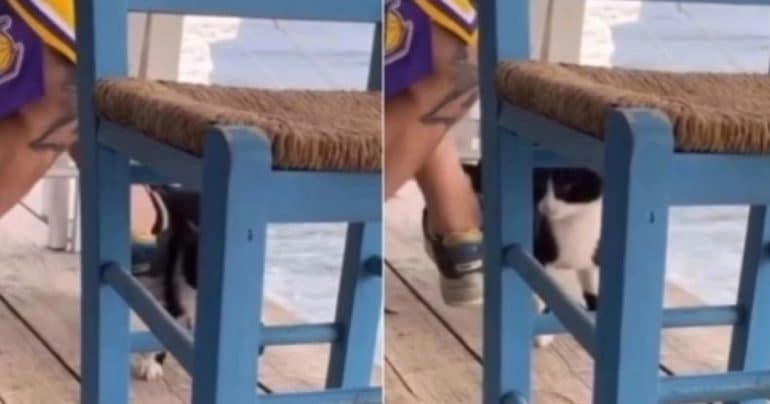 "Innocent" he exclaimed court for the 30-year-old man, which last May, kicked kitten into the sea, while he was with his company in a tavern in Agios Georgios Evia. After initially luring the kitten with food, he then kicked it towards the sea.

According to the reasoning of the Judges from Three-member Misdemeanor Court of Chalkida, the 30-year-old admitted to pushing the cat with his foot, showed remorse and claimed that the group had consumed alcohol. He stated that he regretted it and that he would not do it again.

The legal representative of "Animal Welfare and Environmental Association of North Evia Happy Paws» reported that the decision was taken by majority, according to nantiareport.gr.

The decision provoked the anger of the Director of the Animal Welfare Organization, who had released a video:

"The infidels are innocent and by the decision of the Court. Shame. Kick fearlessly. The guy who kicked the cat in Edipsos was acquitted because he said he did it once, apologized and promised he wouldn't do it again... No matter what we saw with our own eyes, Greek Justice is blind," he commented on social media.