Sakkari disappointed and was prematurely eliminated from the US Open!

With a poor performance, Maria Sakkari was defeated 1-2 sets by Qiu Wang 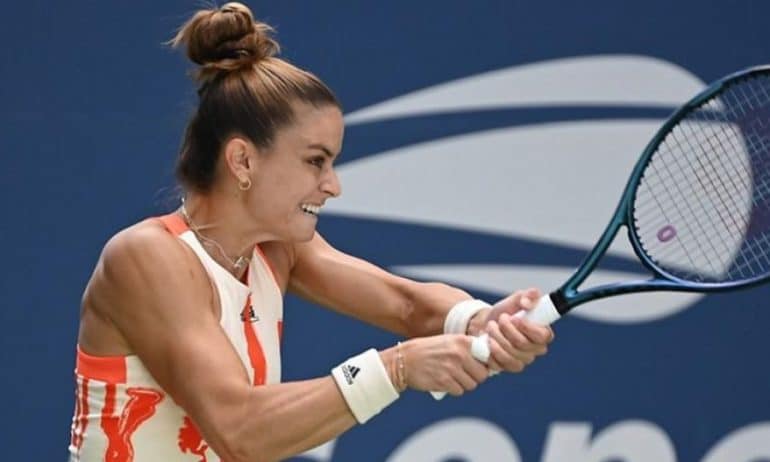 In a game that theoretically should have been easy, Maria Sakkari showed terrible weaknesses, disappointed with her performance and was eliminated from the 2nd round of the US Open! The Greek was defeated 1-2 sets (6-3, 5-7, 5-7) by Qiu Wang and bids farewell to the tournament, without achieving anything good in any case.

Maria, being No.3 in the WTA world rankings, was the favorite against her opponent, who is ranked No.75, but she met more resistance than she expected and fell victim to a surprise. We remind you that she had needed three sets against Tatiana Maria for the first stage of the event, which also happened today at the Louis Armstrong Stadium and of course it cost her, since the match lasting 2 hours and 43 minutes, exhausted her.

The game was comfortable at the beginning for the Greek tennis player, after she took a 3-1 lead in the first set with a break. The Chinese responded in the same way (2-3) and the match continued... hand in hand for the two gymnasts. Another break by Sakkaris at a critical point (3-5) simplified the situation to make it 1-0 (6-3).

In the second set things got difficult early on, after a break Wang took a lead of up to 4-1 in the game. With a total counterattack and two more breaks, Maria brought the set close (6-5). Although everything seemed to go to a tiebreak, the Chinese woman responded and equalized at 1-1 (5-7).

The third and final set was the ultimate derby. A break on either side kept the game close until 6-5 in favor of Wang who held her serve. There, with Sakkari holding the serve, the Greek athlete proved to be inferior to the circumstances, she could not withstand the pressure of her opponent and was eliminated with a 2-1 set (5-7).