Blindchat: What's the App the Rapist Was Using 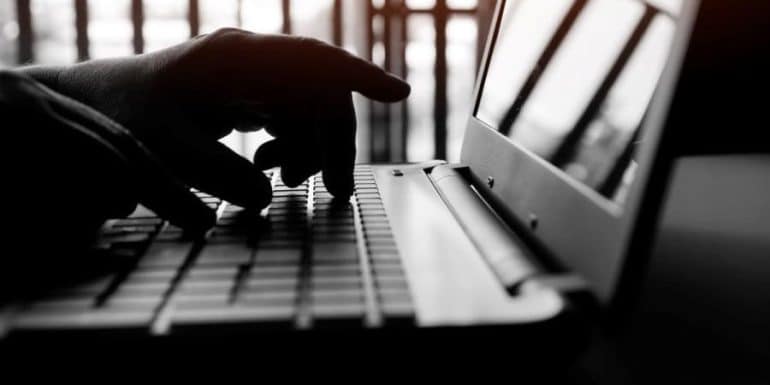 The revelations about the case of rape and pimping with a 12-year-old victim in Colonos cause disgust and chills. The investigations are focused on the way in which the 53-year-old child rapist, who has been remanded in custody, acted.

It is alleged that he had created a profile with the material of the minor, which he managed himself, in a dating chat, the Greek application Blindchat.gr.

The perpetrator had received, through the specific application in which he posted photos of the 12-year-old, 213 phone calls from potential rapists. The 43-year-old who was arrested was one of her rapists and registered on her mobile phone as a "client".

According to ERT, Blindchat was created nine years ago, specifically in 2013, with the aim of providing blind date services to those who wish to meet other people without fully revealing their identity.

It is an online platform for anonymous chat with men and women from all over Greece.

The app in question ensures the anonymity of users while giving the freedom to those chatting to exchange information without knowing who is on the other end. According to the website itself, it is also possible to make a video call if the interlocutors want it.

Registration and account creation is optional. Upon entering the home page, users have the option to choose whether they wish to speak with men or women, and then indicate their preferences regarding the location and age of their interlocutors.

Despite the fact that the application does not require registration, the Blindchat account offers features to users, who will be able to add their interlocutors to their friends list and use services that allow them to find people from recent conversations.

Regarding maintaining safety and avoiding unpleasant incidents, there is the possibility to report the interlocutor if the latter is believed to have been offensive or lied about gender and intended to deceive. The application examines the user's behavior and, if deemed necessary, blocks him from Blindchat.

The application itself states that it is intended exclusively for adults. However, the involvement of the 12-year-old and the transformation of the platform into a means of spreading the heinous act of rape do not verify the terms of the application.

The dangers of online applications

The anonymity offered by online dating encourages the deception and deception of users, especially minors. The presence of underage users in the online community holds several risks, especially considering that it remains an environment in which there is no strong parental supervision.

The children's parents belong to a different generation and remain technologically illiterate. Similar applications flood the internet and are often used to cover tracks, but this does not lead us to the other extreme and the "demonization" of technology. Technology as such is not a means of seducing minors, but it can easily be transformed into a tool to serve the purposes of criminals.

The sudden change in the attitude of the children's behavior is an important sign that the child is not in a normal mental state.

Another factor is the profile of the attackers. Pedophiles do not have any special characteristic, a noticeable difference that distinguishes them from ordinary citizens. Many times they appear as people above all suspicion.