Trial for the Eye: Relatives of victims described unimaginable scenes 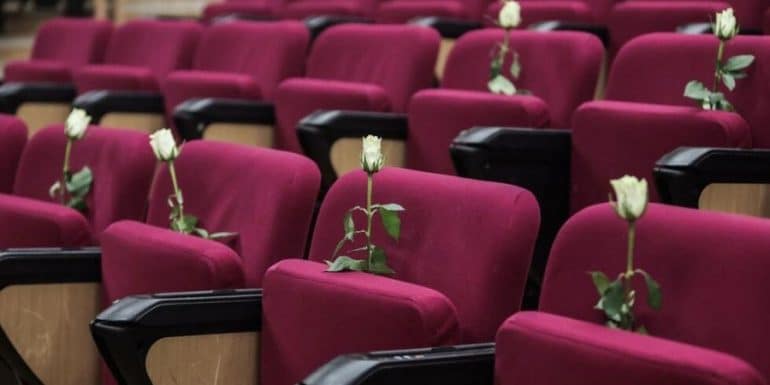 Shocking stories of people who were saved from the fiery blaze in Mati, having lost their loved ones in a cruel way, were heard today by the Three-member Misdemeanor Court that is judging the tragedy with the 103 dead.

Testimonies like that of Eleni Papastoulou, who was found four hours in the sea with her mother and priest father, whose body - as he did not make it in the stormy sea - she carried with her tied by the sarso "so that my father would not be lost" . Or like that of Maria Cekou who lost her husband and father of her two children when he "left behind" trying to help their neighbor with mobility problems. People who lost parents, without being able to understand how it all happened.

Mrs. Papastoulou described that she and her parents were at sea for four hours, where they fled when they were trapped by the unimaginable traffic jam of cars in Mati. The witness did not fail at the beginning of her testimony to "give her own answer" to those who, in the midst of the horrible tragedy, said that the people who were hit by the fire "were trespassers". As he said: “Heard that we are trespassers. To me it matters, it's like they're insulting us. We close a century in Mati. My great-grandfather had bought a plot of land there with contracts. All legal."

In her testimony, the witness described scenes that left no one unmoved in the room: "We were at the mercy. We didn't get separated, we managed and stayed there all three of us. My parents were praying. We sat about an hour since we entered the water, struggling. I saw my father throwing up. He raised his hands and asked God for forgiveness… he understood. A snort and then he exhaled. I made the move to close his eyes. I turn him upside down. He was wearing the cassock. I tie up my mother and tell her to hold on to me, we were going against the waves. How did he find the power? He told me "go on". We wouldn't let him… There was no help. We were swimming. My mother on one side, me on the other and my father in the middle. "Mom, I'm dead," said a child next to us about my father. My mother used to say "my child leave us, let me go with your father". It was getting cold. I told her "if I leave you I will drown". At some point we saw the lights of Rafina... We got close to a boat. May these people be well! Thus some were able to be saved. "Agia Anna", the boat saved us. Seasoned fishermen, these guys harvested people from the sea. They picked up my father and gave him first aid. My mother spattered, she had convulsions. They brought us blankets and water. We arrived at the port of Rafina, they took our names, my father was wrapped in a blanket. An Egyptian said his prayer, respected the dead. But there was no one to receive him. It could not be picked up, the captain wanted to leave, others were at risk. At some point a rural one came... The state where it was, I don't know... I couldn't say goodbye to my father, tell him what I wanted, caress him. They kept him for five to six hours, the funeral parlors held an auction. Not in a fridge, not in a bag. All week we waited to be told. Sometimes they took him to Schistos and then to Goudi. Did they also bring the bodies out of the refrigerator? "Give him to us, so we can bury him" they told them. We were told that identification was needed. But we delivered him. My brother gave me DNA."

The witness emphasized: "Nothing worked that day. Everyone who had the coordination didn't do their job right. I have placed all my hopes in your judgment."

The wife of Viktoros Tsekou, Maria Tsekou, described the loss of her husband who, after twenty days of hospitalization, expired in "Evangelism" with 85% external and 25% internal burns.

"We decided to leave because of smoking with my husband. Let's meet in Rafina. Me and our daughter and the husband was coming behind us. On the way we called him but he didn't answer. We learned that they took him to "Evangelism". He had 85% external burns and 25% internal burns. We went. What can I tell you now? He was burnt. We learned from a neighbor that she had helped a disabled neighbor of ours and his wife. He was hospitalized for twenty days. I cannot forget this day as long as I live," said the witness.

The children of the victim, Chrysanthi and Giorgos, emphasized in their statements that they still cannot understand why the world was allowed to burn. "My concern is that on the same day, same time with the same conditions as Kinetta and there they worked so well. The situation was very difficult indeed with the wind. But in an area next to Athens, didn't someone pass by to inform?" said G. Czechos.

Emmanuel Patelaros testified about the loss of his mother, saying that it happened two streets away from her house which she left trying to save herself. "At 5.00 I took my mother and she tells me full of anxiety that "she has a lot of smoke and I don't know what to do". I told her to go downstairs. At 6.00 I called again, he did not answer. I remember asking her if she heard anything, sirens, police cars. No, he answered me. We were looking to find her. We gave DNA and he was identified. Her body was found charred two streets away."

And Kassiani Politou lost her mother in the flames: "My parents didn't know that they were alone that day. And this made their position difficult. Around 4:50 they called my sister asking for help. He told them to leave. My mother didn't make it. My 87 year old father got into the car and it was on fire. He walked a kilometer alone through the fires. He didn't see any firemen. He stayed at sea for a long time. Hours later he was found in Sismanoglio. At 11.00 in the evening I found out. At 7.00 pm I learned that my mother was missing. I don't understand how this all happened." One of the defendants said to the witness: "I rounded up your father, let me tell you what happened." His wife replied that she did not wish to discuss it.

Ilona Sarieva also described the loss of her mother: "She had gone to Kokkino Limanaki to swim. He didn't live there. A friend of hers had a cottage there. He took the car to leave but couldn't. He left it. He went to the sea. A neighbor told me that "they let us burn like mice," she said.

Michael Skaramagas lost both of his parents in the fire and in his testimony, he also referred to the issue of "trespassers" in a particularly charged manner, saying that his house was not in any stream or in any alley:

"I found myself in a war. I lost my parents, my dog, my house and the whole area was destroyed. And I have a feeling that maybe I'm to blame too. Our house was not on any stream, in an alley. My parents were citizens there. I grew up there. It wasn't their fault. Even the last tile my father had called an engineer and had declared it in order to be a proper citizen," he said.

The witness said that he saw a piece of cloth that was not burned on the body of a woman: "My mother was wearing something like that, I thought. They hid a lot from us. I learned that they were extinguished with a fire extinguisher and when they were retrieved... They were bones. My father was 2 meters tall and the bag they put him in was too small, the other one was empty... What kind of funeral should I do? My brother and I were. I'm still not well."