DISY: Mitsotakis in the USA represented not only Greece but Hellenism

The announcement of DISY 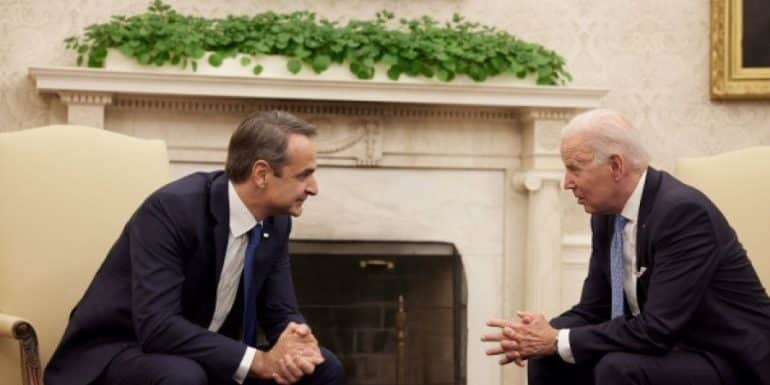 The Democratic Alarm issued an announcement for the meeting of the Prime Minister of Greece with the President of the USA.

The announcement of DISY

Greek Prime Minister Kyriakos Mitsotakis during his historic visit to the United States and during his meeting with US President Joe Biden, did what he had said to the President of the Democratic Alarm, Mr. Averof Neophytou.

He represented not only Greece but Hellenism.

In this context and after coordination with the President of the Republic, the Prime Minister of Greece raised with the American President all the problems that plague the Eastern Mediterranean region, as well as the Cyprus issue with the unacceptable declarations of Turkey for a solution of two states.

In addition, Mr. Mitsotakis conveyed to Mr. Biden the determination of our side to find a solution as soon as possible on the agreed framework and to them we express our great satisfaction.