Greece: 15-year-old refugee died from the heat inside a truck bed 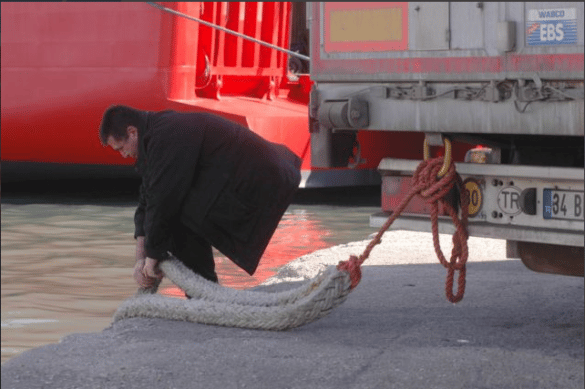 A 15-year-old boy was found dead inside a truck at the port of Igoumenitsa refugee.

Η body of the child was found on Tuesday night (05/07) during a Port Authority check.

Information indicates that the minor refugee, approximately 15 years old, was found after the x-ray machine indicated the presence of a person in the truck's undercarriage. The vehicle, which was parked near the port of Igoumenitsa, was carrying bicycles and had missed Tuesday's itinerary to Italy.

It could not stand the high temperatures

An EKAV ambulance was immediately notified, which transported the minor child to the Igoumenitsa Hospital, where he was pronounced dead. Apparently, the 15-year-old managed to enter the cargo at night and could not withstand the high temperatures that developed during the day inside the truck.

The driver was arrested in the context of the autoforo and then released with a verbal order from the prosecutor.

According to the local news site Thespro.gr, the investigation is being conducted by the central port authority of Igoumenitsa.