GREECE: "Whoever refuses, I arrange it in the toilets" - Shocking allegations of rape of students by a classmate are shocking

How the 16-year-old set up his plan 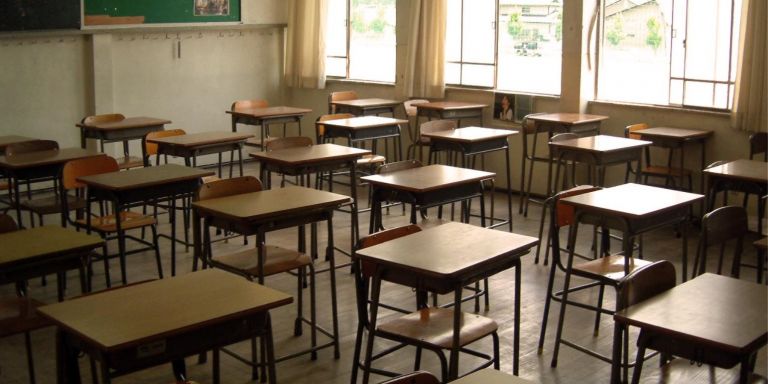 The Panhellenic shock has been caused by the complaint for rape committed by two schoolgirls in a school in Thessaloniki against their 16-year-old student.

In fact, as revealed by the girls' legal advisor, the 16-year-old seems to be proud of his act.

How the 16-year-old set up his plan in Thessaloniki
It was October 18, after the bell for the first hour break. The 16-year-old approached his victim.

"I'm not well, I do not feel well, I want to talk," he told her. The 15-year-old believed him and wanted to help him, then he told her that it would be better to talk at his house as it happened. The minor dragged the girl to his house. As soon as the door was closed, he rushed at her and abused her, according to the complaint.

As stated by the legal advisor, Fotis Grontas, the 15-year-old shouted: "I do not want, I do not want". But he erupted on her all his sick appetites, according to what was reported.

"Slowly what happened, how do you do that?"
The minor in a miserable psychological state after the act ran away from the perpetrator's house.

The 16-year-old is even said to have said to her: "Slowly what happened, how do you do that?"

While he was proud of his sick act to his classmates and claimed that "whoever refuses, I arrange it in the toilets".

The minor was afraid to speak for 10 days. But her mother, seeing that something was wrong, asked her what she had and she revealed everything to her on Thursday night. Of course, the mother of the 15-year-old filed a complaint. The girl was examined for 2,5 hours by a child psychologist, while today, Monday, she is expected to be examined by a medical examiner.

According to the complaint, there is a very natural rape.

"He claimed that everything was done with the consent of the 15-year-old"
Fotis Grontas, the man who revealed the case and wants to reach the end, told Sputnik:

"The child is in a miserable condition like his mother. I called the school principal and told him about the incident. He called the minor in his office, I was present. He did not "break" a moment. On the contrary, he denied everything and claimed that everything was done with the consent of the 15-year-old ".

However, after the case was revealed, another student took courage and spoke, who also experienced the nightmare in the hands of the 16-year-old, as she claims.

According to his information, the second incident took place 9 months ago.