Google: What does the mega-investment in Greece include?

It is running to create three data centers by 2024 with the aim of creating a value of 2,2 billion euros for the economy 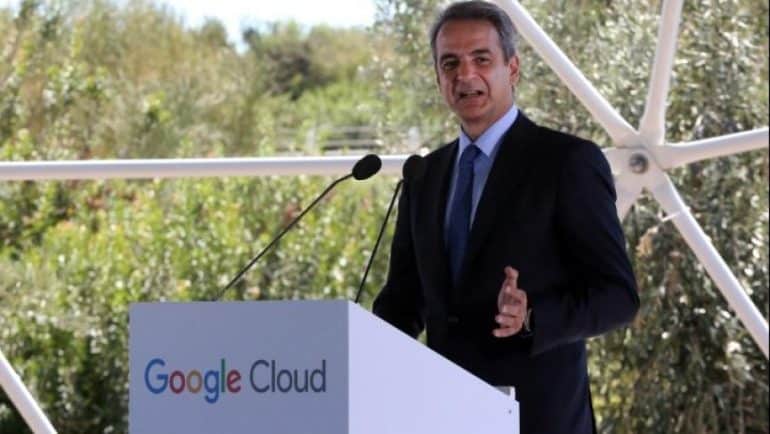 Google's large investment in Greece includes, according to information, the creation of three data centers within the next two years. As announced yesterday, the executives of the American technology giant, the creation of the first Google Cloud Region in the country will create an added value of 2,2 billion in the economy by 2030, supporting the creation of more than 19.400 jobs.

According to the same sources, in this period the company's executives are looking for suitable positions, in order to build the three data centers, with the prevailing scenario being in the region of Attica. In fact, the goal is to "run" the procedures so immediately that they will be ready in two years.

Although the amount of the investment has not been disclosed, executives with knowledge of the market are talking about an amount similar to what Microsoft is investing in the construction of the three data centers, which it announced two years ago and recently joined the status of strategic investments. Those who know the market speak of a competition for prestige between the two leading forces of technology, which has also reached Greece.

New page
The creation of the Cloud Region turns a new page in Google's presence in Greece, which already counts 15 years. Describing yesterday's announcement as a milestone, the president of Google Cloud International, Mrs. Adaire Fox-Martin, emphasized that "we are deepening Google's cooperation with Greece, which is taking on exciting new dimensions."

As for the Google Cloud Region, this will provide, as he explained, storage and cloud services to the company's customers. Built on state-of-the-art technology, the new infrastructure essentially provides a platform for agencies and businesses to grow, enabling them to 'unlock' the value of their data. Also, in a world where cyber threats are multiplying, this platform ensures that data, systems and users are safe.

The investment footprint
Based on research on the footprint of Google's investment plan conducted by AlphaBeta Economics, this will support the development of more than 700.000 micro, small and medium-sized enterprises (SMEs) in Greece. Essentially, with Google Cloud customers do not need to own or operate their own data centers and servers.

At the same time, it is the "cleanest" cloud available, according to what Ms. Fox-Martin said. Hyperscale data centers have 5 times less carbon intensity during their operation compared to indoor data centers. The environmental footprint of businesses is thus reduced.

New projects
However, Google's plan for the country is not limited to the Cloud Region. It focuses on accelerating the country's green transformation, including in the tourism sector. It will also collaborate with the Ministry of Culture and Sports, so that through the Google Arts & Culture digital platform, modern Greek culture will become even more accessible to the world public.

At the same time, it is expanding its collaboration with Deloitte, in order to create a Center of Excellence for Sustainability and Artificial Intelligence. As Prime Minister Kyriakos Mitsotakis said yesterday, welcoming the announcements, this will be "double" in Thessaloniki and Patras. The goal is to work together to develop cloud and machine learning-based solutions that will help organizations accelerate the achievement of sustainability goals, including climate resilience.

Social sign
And to support young entrepreneurship, with an emphasis on that which has a social sign, the company's philanthropic arm, Google.org, offers the INCO organization and the Impact Hub funding of 1 million euros to support social enterprises from underrepresented communities, which focus on sustainable solutions and ecotourism in Greece.

For a top moment for Google Greece as a culmination of the team's efforts to create new perspectives in the digital and not only development of the country, Mrs. Peggy Antonakou, director of Southeast Europe of Google, spoke. As he pointed out, Google's mission is "to organize the world's information and make it accessible to the whole world".