Ilias Michos: This is the 53-year-old pimp and rapist of the 12-year-old girl in Colonos 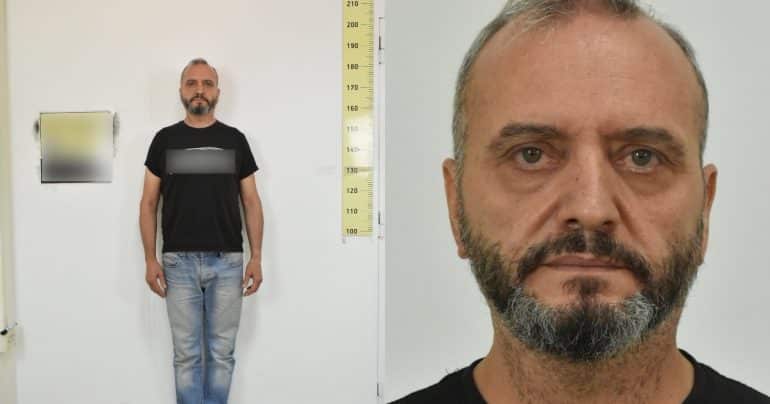 The details of the 53-year-old pimp and rapist of the 12-year-old girl in Sepolia were made public by prosecutor's order.

The identity information, photographs and the criminal prosecution brought against a citizen, who was arrested on 7-10-2022 by police officers of the Juvenile Protection Sub-Directorate of the Attica Security Directorate, are made public, following a relevant Order of the Athens First Instance Prosecutor's Office (relating to from 8-10-2022 Press Release).

The specific publication, according to the relevant Prosecutor's Order, is aimed at the immediate need to protect society from the criminal activity of the accused, at the more complete investigation of the commission of other similarly serious criminal acts at the expense of an unspecified number of minor victims and at the easier satisfaction of the criminal claim of the State for the hell of the crimes he committed, in order to prevent the commission of other criminal actions by the above, as well as in the investigation of his participation in other criminal acts. In this context, citizens are requested to contact the telephone numbers 210- 6476370 of the Minors Protection Sub-Directorate and 210-6411111 of the Attica Security Directorate, for the provision of any relevant information.

It is noted that the anonymity and confidentiality of the communication is guaranteed. It is pointed out that this publication is valid until 14:00 on 10-4-2023, according to the Prosecutor's Order. Beyond this time limit, the retention and/or reproduction of the disclosure of the above data is not permitted and is against the law.