Mitsotakis: Europe can fight Putin with a cap on gas

After months of consultations and divergences, it is time for Europe to set a cap on natural gas prices, Prime Minister Kyriakos Mitsotakis emphasizes 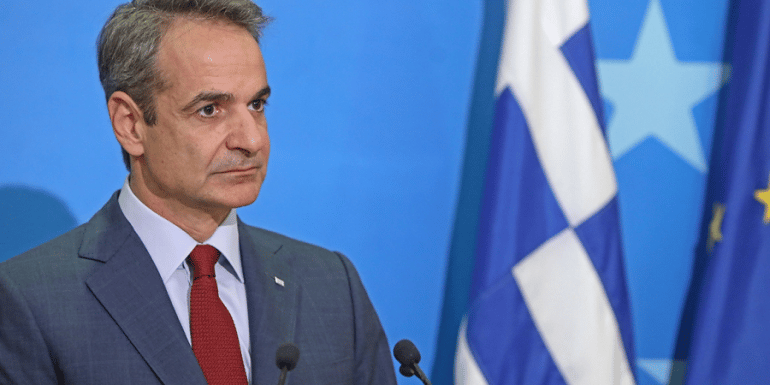 After months of consultation and divergence, it is time for Europe to set a cap on natural gas prices, Prime Minister Kyriakos Mitsotakis says in an opinion piece published today by Bloomberg under the title "Europe can fight Putin with a cap on gas" .

In normal times, governments should let markets work. But these are not normal times, he explains. As prices rise to unprecedented levels, the market has ceased to function. Liquidity has dried up and volatility has soared, creating huge opportunities for suppliers and speculators to profit from sharp price swings. Big energy companies are under pressure, asking for government help. No household, company, or government can design or manage a market where prices rise or fall randomly.

In the first quarter of 2022, according to official estimates, the European Union paid an additional 62 billion euros for natural gas imports compared to the previous year. The final tally for 2022 will be in the hundreds of billions, trillions, if you include the negative effects on the electricity market and the economy in general. Meanwhile, Russia's current account surplus tripled to over $180 billion by August 2022.

These prices helped to increase supply in Europe but at excessive cost — we secured the supply but neglected the cost. Europe pays two to three times more for natural gas than Asian nations. Some price increase was inevitable, but Europe's success in obtaining natural gas is partly due to the economic slowdown in China. In a typical year, China's LNG imports increase by 25 percent. so far this year, they are down 20 percent. This shift, in addition to high prices, has allowed Europe to import the natural gas it needs.

Europe faces an imbalance that the price mechanism alone cannot correct. LNG imports to Europe are flat from early 2022, despite continued price increases. Europe's ability to replace Russian gas is as much a function of physics as economics: No matter how high prices are, Europe as a whole cannot, in the short term, fully replace the volumes it lost to Russia. When supply cannot keep up with prices, letting prices rise forever is an act of neglect, not prudence.

Sooner or later, markets will balance — but without a price ceiling, the cost of that balancing will be measured in lives destroyed and jobs lost. That is why I proposed in July a pan-European system to compensate large energy users for reducing their consumption, bringing the market into balance without resorting to extreme prices, he continues.