Nikos Xanthopoulos: Today his funeral - The wish of his family

Today the funeral of Nikos Xanthopoulos - The wish of his family 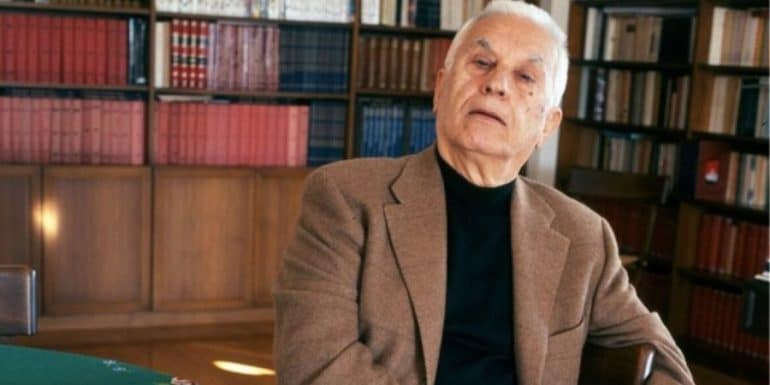 Relatives and friends will say their last goodbye today, Tuesday, January 24, to Nikos Xanthopoulos. The funeral of the beloved actor will be political. At 13:00 a trisayo will be held in his memory at the First Cemetery and then his body will be cremated as, finally, it was not possible to bury him next to the chapel he had built at his home in Paiana.

His family expresses their desire that instead of wreaths, money be deposited to the "The Actor's House" foundation. In its announcement it states: "The family of actor Nikos Xanthopoulos informs that his funeral will be civil. As part of the ceremony, a trisage will be held on Tuesday, January 24 at 13:00 p.m. at the First Cemetery of Athens, and instead of wreaths, it is her wish that money be deposited to the "The Actor's House" FOUNDATION (Alpha Bank GR 45 0140 2280 22800200 2002 719 – In memory of Nikos Xanthopoulos).
According to the information, Nikos Xanthopoulos had instructed his children to be buried in the chapel of Agia Paraskevi, on his estate in Peania. However, this is not allowed by law and special permits are required from the relevant metropolis and municipality.

The battle in the hospital and the last appearance

Nikos Xanthopoulos breathed his last on Sunday, January 22, at a private clinic in Aigaleo, at the age of 89. Mainly popular in the 60s, when he starred in many drama films, he became known as a "son of the people" from the roles of the poor and downtrodden folk child who lives in misery but is eventually redeemed.

Lately he was facing serious heart problems and he was fighting to stay alive but he didn't succeed. With his starring roles in films, he made history and marked an entire era, mainly playing the popular child who lives in misery but is finally redeemed.

His last film appearance was in 1995 in the film by Giorgos Zervoulakos "With Orpheus in August". In fact, Nikos Xanthopoulos agreed to act in this film without pay, with a percentage of the film receipts.

Its plot concerns a musical group that travels to country fairs. The singer Eurydiki is charmed by a farmer and leaves with him to make a record in Athens. When she fails to carve out a career on her own, she returns to the band and discovers that a muffled musician, Orpheus, has been added to its line-up. The farmer kidnaps Eurydice, but in a car accident she is seriously injured. Orpheus will find her and, playing his music, will try to keep her alive.

Many of these films were not even shown at the first screening, but directly in the districts of Athens, where people were being spoiled, as in the rest of Greece. The intellectuals despised them and the critics despised them, but the people suffocated the popular cinemas and the first and second generation refugees who were still alive at that time worshiped "the child of the people".