Pispirigou: In an apology on October 25 for the deaths of Malena and Iris

In an apology on October 25 for the deaths of Malena and Iris, Roula Pispirigou 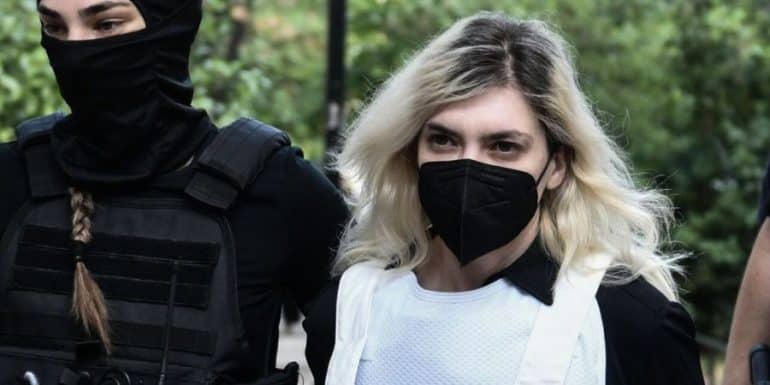 A summons for an apology for October 25, 2022 regarding the deaths of the two youngest children of the Daskalakis family, 3,5-year-old Malena and only 6-month-old Irida, was received by Roula Pispirigou from the 35th investigator.

The 33-year-old accused, who is already in custody in Korydallos, is asked to give explanations for the deaths of the two younger girls based on the latest criminal prosecution brought against her for serial murder with intent in a calm state of mind.

According to her defense attorney, Alexis Kougia, the 33-year-old is going to request a deadline, so that she can learn about the new elements of the case file and prepare her apology.

It is recalled that Roula Pispirigou, by the will of the competent Judicial Council, has already been referred to be tried in the Mixed Jury Court for "the intentional homicide of her first-born daughter Georgina, but also for the attempted homicide of her."

In the "catapult" will issued by the members of the competent Judicial Council, it is emphasized that Roula Pispirigou committed the criminal acts attributed to her with deceit and in a calm state of mind, while outlining the profile of the accused, they speak of brazenness, intense anti-sociality, indifference to human life, humble springs and special danger.

As for the motive of the heinous act, the will on the one hand refers to Roula Pispirigou's obsession with Manos Daskalakis as all the incidents happened when she was estranged from her husband, on the other hand they attribute her actions to her personality, based also on the description of the special expert who was set during the interrogation.

"The motivation of the accused in terms of the emanation of the aforementioned continuing criminal behavior is controlled by the unfavorable and pathogenic characteristics of her personality and temperament, which crystallize, mainly, in ideas of greatness associated with publicity / celebrity, but which have no basis in reality , in embracing the notion that one can gain publicity / celebrity through criminal acts, in the constant negotiation between truth and lies, real and unreal, in deprivation of any genuine emotion, in a concentration (in a prominent role) of thoughts and investments around the already estranged from her husband and supporting the accusation, with a poignant expression of possessiveness about him, in her possession by the idea/fear of abandonment, in placing great importance on being the center of attention through the celebrity that publicity affords, in children's perception t as a narcissistic extension of herself and in an approach to the idealization of death, demonstrates, in the judgment of this Council, brazenness, strong anti-sociality, indifference to human life, humble springs and particular dangerousness of the accused...", it is characteristically mentioned in the referral will .