"Where are you, big guy?" - The meeting of Mitsotakis with a Greek taxi driver in New York 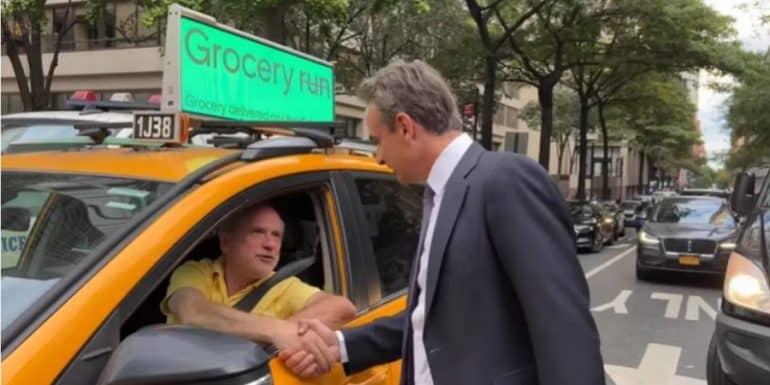 The Prime Minister of Greece Kyriakos Mitsotakis had an unexpected meeting in the USA.

Arriving in New York and walking with his colleagues, the prime minister met a taxi driver from Greece on the street by chance.

When Kyriakos Mitsotakis realized that it was a Greek, as can be seen in the video he published on his personal Instagram account, he said to him "Where are you, big guy? what are you doing Where are you from?", with the Greek taxi driver telling him that he is from Tripoli and has been in the US for fifty years.

"This is how our trip to the USA began," wrote the prime minister, posting the video of this meeting on Instagram.