In interrogation by order of Hieronymus, father Antonios - Maximus is disturbed

A meeting at the Maximos Palace will take place this morning, after the tsunami of revelations about abuses at the Ark of the World 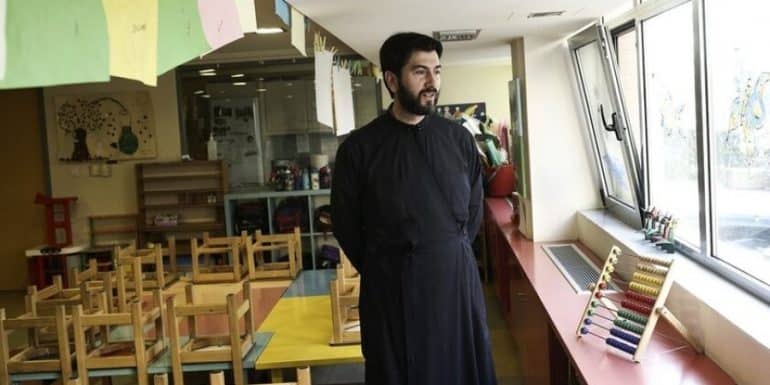 A meeting at the Maximos Palace will take place this morning, after the tsunami of revelations about abuses in the Ark of the World.

In the meeting that will be held with the participation of high-ranking government officials, as well as competent officials, such as the Deputy Minister of Welfare and Social Solidarity Domna Michailidou and the general secretary of Social Solidarity Giorgos Stamatis, an overall assessment of the situation will be made and a discussion will be held on the next steps. It is not excluded that there will be decisions in a specific direction after the end of the meeting.

The common consensus of the government officials and without prejudice to the criminal outcome of the case is that the shadow is extremely heavy over the Ark, which is also reflected in the decision of the Minister of Finance Christos Staikouras to request the return of the financial aid to the Ark that was given in the period of the pandemic and has already been disbursed.

In his statement yesterday, the Primate of the Greek Church points out that on Saturday afternoon he ordered "the carrying out of normal investigations, following named complaints before the competent authorities, against the cleric of the Holy Archdiocese of Athens Fr. Antonio Papanikolaou, to whom I ordered , by my decision, the prohibition of sacrificial acts until the trial of the case".

It is noted that four people are being reported for abusive behavior and negligence against children hosted at the Ark of the World and they will be immediately summoned for testimony or explanations as the case file is now in the hands of the Prosecutor's Office.

The three employees lived in the "Kivoto" as children and over time became employees. The fourth is an important and very prominent face of the structure.