The woman Filippidis breaks her silence: "I ate a bullet in the heart"

The wife of Petros Filippidis, Elpida Ninou, referred to "people who "murdered" her husband" 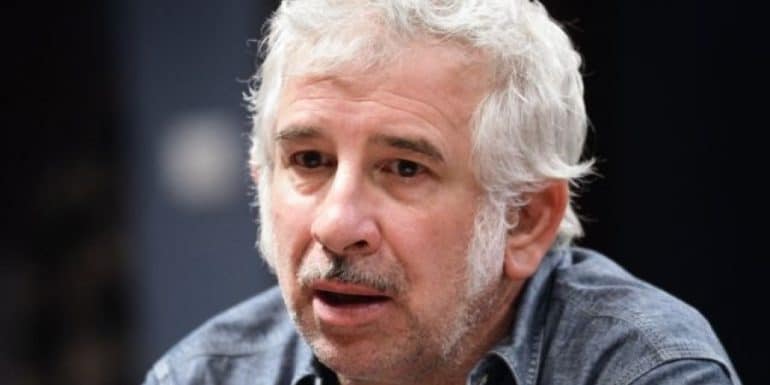 The wife of Petros Filippidis, Elpida Ninou, who is testifying for the second day before the MOD in the trial of the actor and cult leader for acts of sexual violence against his colleagues, referred to "people who "murdered" her husband".

Mrs. Ninou, being examined by the Civil Procedure, spoke of the "murder" of her husband while she said that the news of the complaints made against Petros Filippidis was for her "a bullet in the heart".

As the witness said after the allegations were made public: "I understood what it's like to have your husband murdered in front of your eyes. And the gun should be held by people whom you fed, hosted, entered your house, went on vacations with, baptized their children. They were all "holding a gun and shooting at my husband." "I took a bullet in the heart." We are not made of a wall."

Responding to a question about the way they managed the matter, Mrs. Ninou said that they turned to a lawyer who advised them to send an out-of-court order to publicize the details of the leader. She also said that her husband had good relations with his colleagues, stressing that along the way he has collaborated with 700 to 1.000 artists.

Political Education: Who supported him in his effort?

Witness: People are afraid. They are very well-known names, but they would be hanged on the pegs (s.s. if they spoke in his favor).

The witness mentioned by name the first actresses who publicly denounced the accused's behavior with their statements, saying "the .. were going to the channels and asking for a platform to make branded complaints. In various shows. That's what the journalists told me. Some shows didn't accept it, from their legal department. Petros took Kimoulis after the complaints against him and Mr. Kimoulis told him that there were complaints against him as well. In the evening, a journalist from a major channel picked us up and told us the same thing. We contacted Mr. Sofos and he told us to hold an extra-judicial meeting."

During her examination, the witness reiterated that she believes that the first woman who reported the accused, whom she knows, was obsessed with Petros Filippidis and that is why she filed a false complaint. “Expect something from Petros in relation to work. He has said that he wanted to do a project with him. She was a girl who did not declare that something tragic had happened to her, as she says. She had a fantasy with Peter, so I took it. A father figure? I don't know," said Ms. Ninou.