On March 13, a meeting between Mitsotakis and Erdogan 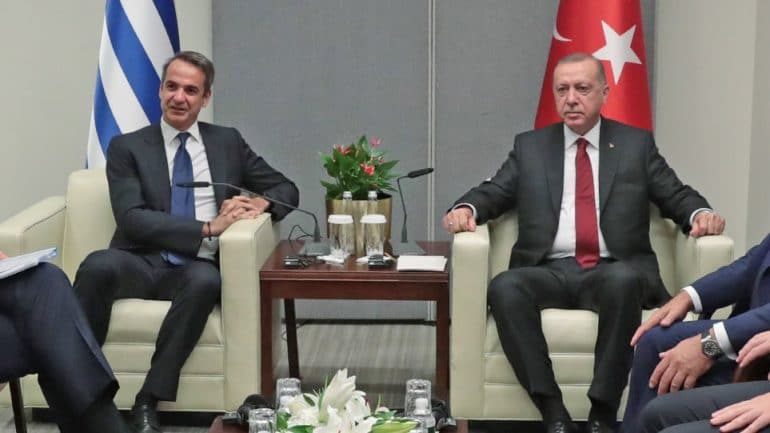 Mr. Oikonomou underlined that the Prime Minister will be in Istanbul on March 13, where he will meet with the Ecumenical Patriarch and then have lunch with Turkish President Recep Tayyip Erdogan.

As Mr. Economou mentioned, Greece is always open to dialogue with Turkey.

The meeting between the two leaders was initially announced yesterday by Turkish media.

The meeting will focus on the situation on the war fronts in Ukraine.

Both Kyriakos Mitsotakis and Recep Tayyip Erdogan have called for a ceasefire.

"The prime minister has stated that he is always open to meeting with the Turkish president, especially given the conditions created by the Russian invasion of Ukraine," the government spokesman said.

"In this difficult time, the two countries, despite our differences, face common challenges in a number of problems. "Challenges that need to be addressed in the logic of solving problems and not creating more," he said.