In court Fourthiotis - Alexandratou for the 200.000 euros of Julia who made "wings"

It concerns the theft of 200.000 euros from the safe of Julia Alexandratou in 2010, which was inside her house, in an area of ​​the northern suburbs of Athens 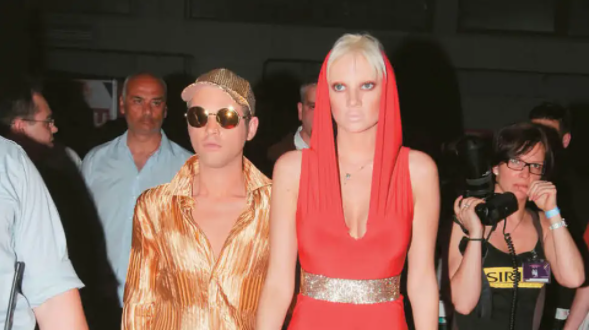 The trial of Menios Fourthiotis, who after a lawsuit by Julia Alexandratou is sitting on the bench for a distinguished theft, has started in the Single-Member Criminal Court of Appeal, after many postponements. The specific accusation concerns the theft of 200.000 euros from the safe of Julia Alexandratou in 2010, which was inside her house, in an area of ​​the northern suburbs of Athens.

The hearing process began without the presence of the accused, who through his lawyers, presented at the headquarters a medical certificate of a public hospital, according to which in the coming days he is going to undergo hip surgery. In fact, as the lawyers of the defendant for other cases assured, he himself wanted to attend the trial but his state of health did not allow him to do so.

At the beginning of the procedure, Julia Alexandratou testified at the hearing, who stated that the perpetrator of the theft that took place in her house was Menios Fourthiotis, because only he knew, as she said, the codes for opening the safe and the alarm. She said that the theft took place while she was on tour in Albania and while shortly before she had stopped working with Menios Fourthiotis, because as she mentioned, she had seen very strange in his behavior but also because some of the advice he gave her led to disaster.

The money in the safe, according to the witness, was more than 200 thousand euros, but most of it came from the fee she had received for her participation in the infamous pink DVD. "I am a model, this is my quality, with a grimace they became known, From there and beyond people came next to me. They were people of attachment and one of them was Fourthiotis "the witness testified in court and referring to the disputed issue of the theft he said:" When I found out I was in shock, I wanted to commit suicide. Once everything was clarified it was certain to me that he was behind the theft. Only Fourthiotis knew the other code of the safe to open it, loosen the screws from the inside and remove it. Otherwise it should have broken the wall where it was screwed. He knew everything. He put everything on me, alarm and safe ".

Also, Julia Alexandratou testified at the hearing that before the end of her cooperation with the accused, they were "stickers" and almost stayed together. "I was naive, when I kicked him I did not think he could enter my house and steal me. He told me to put my date of birth as a code in the safe and put the money from the dvd in it. "He had complete trust in him, he had the keys to my house, he had everything," the witness added, describing the accused as a person who constantly sues, blackmails and threatens.

Other witnesses testified in court, such as the specialist who placed the safe in the house of Julia Alexandratou "at the request of Fourthiotis", friends of the political plaintiff, and Dimitris Sirinakis. The trial will continue in the next trial, when the court decision for the criminal treatment of Menios Fourthiotis is expected to be issued.