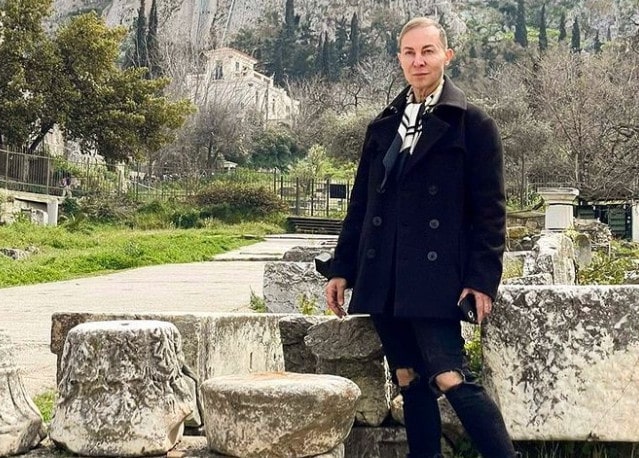 Vasileios Kostetsos, who on Thursday night (11/8) was attacked in the center of Athens, made a shock complaint.

In his post on Instagram, the well-known designer describes that he was with a friend in the Constitution, when a group of foreigners headed towards them and attacked them to rob them.

As he reports, they initially blocked their way and threw bottles at them. He himself was thrown down the stairs and his friend was stabbed in the face.

He specifically wrote in his story: "In the heart of Athens, a little while ago on the steps of Syntagma Square, as we were going down to go to Ermou, a group of foreigners fell: Algerians or Pakistanis with the intention of robbing us, blocking our way. We immediately realized their intent to steal. Until we reacted by throwing bottles at us, they stabbed my friend in the face injuring him. They threw me down the stairs. And police nowhere! Then we also want tourism. No protection. Shame".

In the end, Vasilios Kostetsos escaped with a slight concussion and an injury to his arm, waist and neck.

“Thankfully only a slight concussion and injuries to my arm, elbow, lower back and neck from the steps that threw me off. In the center of Athens. How did they not kill us! No protection,” he concluded. 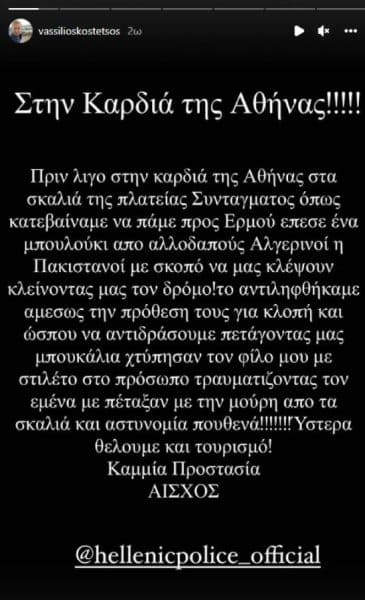 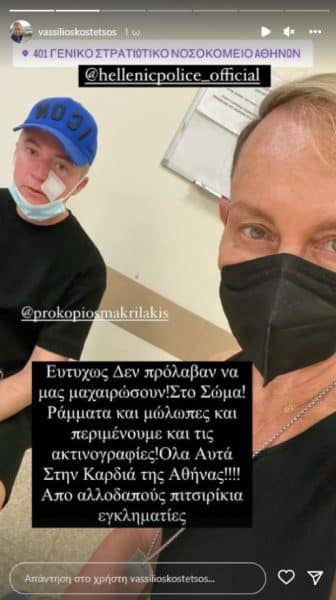 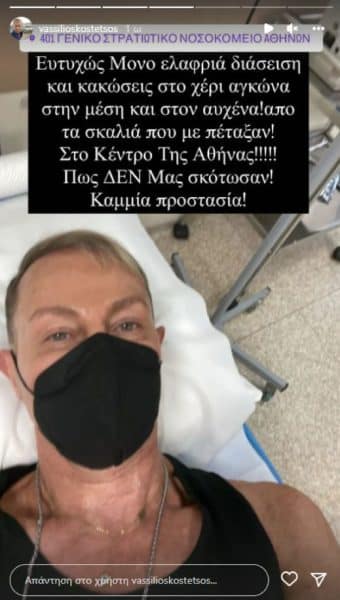