The Golden Dawn trial continues before the Court of Appeal

Today, the Five-Member Court of Criminal Appeals is proceeding to its fourth session, before which the criminal organization Golden Dawn is being tried in the second instance. 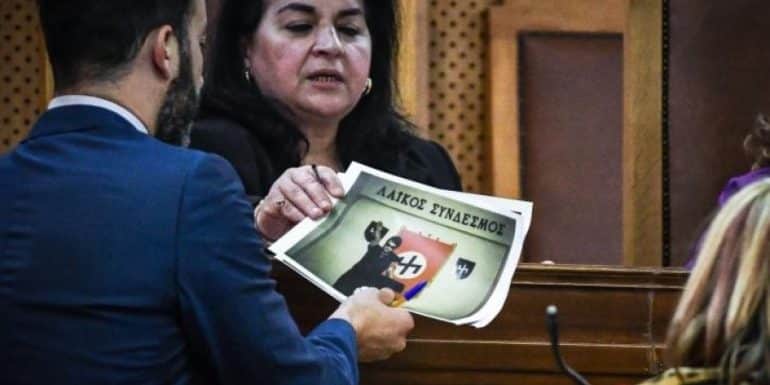 Today, the Five-Member Court of Criminal Appeals is proceeding to its fourth session, before which the criminal organization Golden Dawn is being tried in the second degree.

At its previous meeting, on July 26, the court rejected the postponement request submitted by the defense of the leader of the organization, citing health problems of Nikos Michaloliakos, who was sentenced to 13 years in prison, after he was hospitalized for several days in the ICU due to coronavirus. The defendant's lawyer, presenting medical opinions, cited Nikos Michaloliakos' perceptual problems, as well as motor problems, for which he has been in an occupational therapy, speech therapy and self-care rehabilitation program since June 6.

In the last meeting before the summer holidays, on the occasion of the request for postponement formulated by the leader of the organization, the only one who, upon the start of the trial, on June 15, requested its postponement, it became clear that the court's intention is to try the case of the criminal action of the Golden Dawn. A case that these days completes nine years since it was brought before the judicial authorities, which, after the murder of Pavlos Fyssas, moved immediately to deal with the until then "individual actions" of Golden Dawn members as a coordinated, organized and top-down action of a criminal organization.

In her proposal to reject the postponement requested by the side of Nikos Michaloliakos, the Prosecutor of the court Kyriaki Stefanatos stated, among other things, that the subject of the trial "is of public interest as it concerns the operation of a parliamentary party, but also of enormous social interest", while pointed out that the relatives of Pavlos Fyssas have the right to a "speedy trial and not an unbearable perpetuation of the process".

Yiannis Lagos also asked for progress of the trial citing his right to "prove the injustice done to him", who from the first meetings heard the judges denying him his release from prison. The MEP, who has left Golden Dawn, seems to have chosen to be present at every trial of the appellate court in contrast to the first trial in which, like his former leader, he had appeared only to apologize.

During the last hearing, some defense attorneys, citing decisions of the Plenary of the Bar Associations, raised the issue of their abstention, referring to the third suspension of the trial in a row. The issue raised by the advocates provoked a strong reaction from the Civil Procedure, which emphasized that the decision on the abstention of the lawyers concerns trials that are stopped before they have started and not the present one which has started, witnesses have spoken and the court has made decisions upon request.