The Greek Minister of Foreign Affairs, Nikos Dendias, had a meeting with his Albanian counterpart Olta Tsakas 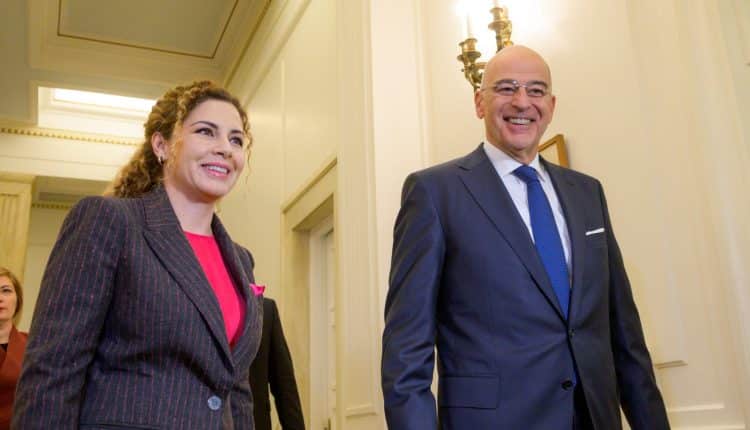 The Greek Minister of Foreign Affairs, Nikos Dendias, had a meeting today with his Albanian counterpart, Olta Tsakas.

According to diplomatic sources, during the meeting, which took place a few days before the Greek Prime Minister's visit to Albania, there was a broad exchange of views on ways to further deepen bilateral relations in all sectors.

In this context, a political discussion took place on the issue of the delimitation of the EEZ between the two countries within the framework of the agreement in principle of the two sides to refer the issue to the International Court of Justice in The Hague.