Greece in the Eurovision final 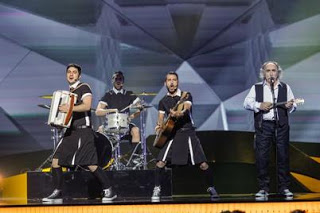 Greece advanced to the Eurovision final. The Swedish presenter mentioned (last) the name of Greece among the ten countries that qualified on Thursday night for the grand final of the competition that will take place on Saturday.

The appearance of Agathon and the children representing Greece was very good and was applauded while the citizens of Europe gave them the ticket for the final.

A total of 26 countries will take part in the Final, of which twenty of the two Semifinals - ten each night - while the other six, namely the "Big Five" (France, Germany, Italy, Spain and the United Kingdom) and the host Sweden, will participate directly in the Final.

The order of appearance in the Final will be announced later today.

WATCH THE VIDEO WITH THE GREEK PARTICIPATION: