Sotiris Papadamou: The Cypriot who sent a portion of fish and chips into space 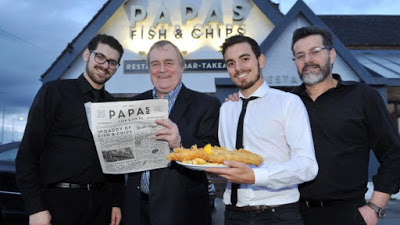 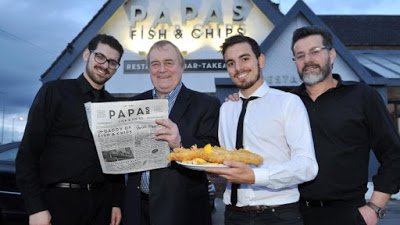 The reason, for the Cypriot Sotiris Papadamou from Avgorou, who as of today is the first person on earth to send a portion of the famous Papas Fish and Chips, in space.

Mr. Papadamou spoke on the website alphanews.live and explained that he implemented the admittedly original and impressive idea with the help of a private company and the support of his three children, who are slowly taking the scepter of the family business.

And he reveals that if the aliens like his food, he won't start delivering space, but he will open the fourth restaurant there!

He remembers meeting Queen Elizabeth when he was at Buckingham Palace for a charity party and recalls the day his three restaurants served sixteen thousand servings of fish and chips for just one cent.