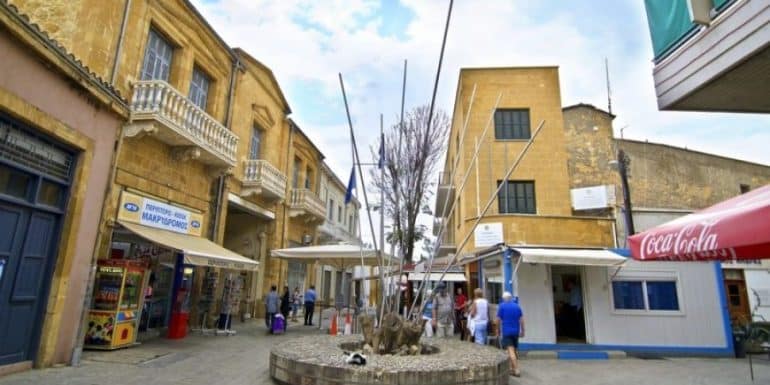 As inflation increases and the euro-Turkish lira exchange rate hits a record, there is a significant shift in consumer spending to purchases from the occupied territories, mainly fuel, tobacco products, but increasingly also other items (e.g. food, clothing/shoes, etc.) .

According to information from the KYPE, between January and July 2022, 1.571.000 E/K crossings to the occupied territories were recorded

The Turkish newspaper Kibris reports that in the occupied territories they make "a turnover of millions from fuel to Greek Cypriots". The demand from 20-25 million liters of gasoline per month has risen to 30 million liters, said the Press Representative of the Association of Gas Stationers, Christodoulos Christodoulou, on the show "Mesimeri and Something".

It is indicative that the decrease in fuel sales compared to last year is also recorded by the Statistical Service, even though this year there is an increased traffic of tourists.

Similarly, as far as cigarettes are concerned, according to the latest KPMG research on the illegal trade in cigarettes, in 2021 the smuggling of tobacco products in Cyprus reached 14% of total sales, marking an increase of 0,07 billion units in 2021 or 5,8%, which is one of the biggest increases in Europe.

Of these, the largest portion of contraband cigarettes comes from the occupied territories, where, moreover, due to the Turkish Lira - Euro exchange rate, the price difference is large.

Most of the quantities of contraband tobacco products are found in areas adjacent to the dead zone (Nicosia and then Larnaca) and decrease as we move away from it (Limesos-Paphos, below the Cypriot average).

Due to the increasing flow of citizens to the occupied territories for shopping, the state loses significant tax revenue every year. For example, from tobacco products (where 75% of the final price in the Republic of Cyprus are taxes) in 2021 alone, 24 million euros were lost to state coffers, reports KPMG.

Market sources point out that the - sample - checks at roadblocks are not enough, as more and more tobacco products are funneled into the free areas from unguarded parts of the dead zone, which also explains the higher rates of contraband in the areas adjacent to the occupied areas.

Penalties are also not a deterrent, since even when a person is found to be in possession of a large quantity of illicit/contraband tobacco products, a fine is imposed that is disproportionate to the damage caused.