2021: The year of vaccinations, mutations and drug development

In 2020, he said goodbye to us somewhat hopefully as at its end, an unprecedented global campaign for the supply of vaccines and vaccinations against the new coronavirus began. 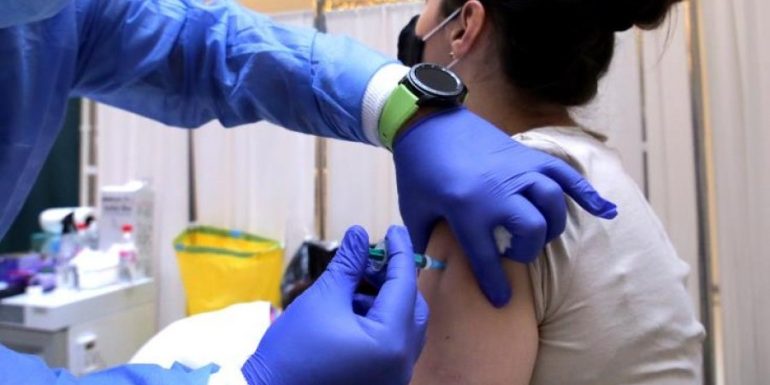 In 2020, he said goodbye to us somewhat hopefully as at his end, an unprecedented global campaign for the distribution of vaccines and vaccinations against the new coronavirus began.

With its arrival, 2021 can be recorded as the year of mass vaccinations and immunization of the population around the world, the year of the development of new drugs and new methods of treatment but also the year of uncertainty as new mutations appeared, headaches scientists.

The whole of 2021 rolled for almost every country on the planet with meters and partial or total lockdown, sometimes with relaxations that allowed air travel with more confidence and sometimes with stricter measures in meetings, leisure and dining areas, department stores and places of viewing. , at events, at work and in education. Teleworking has given way to a timid return to the office and workplaces, meetings are now lived but always with protocols and measures.

The border reopened with restrictions, and in July the Tokyo Olympics were held a year late and almost behind closed doors. But since the autumn, Europe has been facing a new pandemic resurgence, with new restrictions. And as the planet prepares for the coming of 2022, nothing is certain about how humanity will welcome the new year, as measures change overnight and more and more restrictions are being added to air travel. It is also by no means certain whether the schools will open in January.

The World Health Organization on its website points out that despite the almost "miraculous" development of effective vaccines against COVID-19 in 2020, the virus has continued to spread and mutate over the past year, with much of the responsibility being attributed to a lack of effective global cooperation.

2021 was the year that a UN-backed program was launched to help developing countries protect their populations from the virus, and measures were taken to prepare for future global health crises.

Omicron's arrival should come as no surprise, the WHO says, given repeated warnings from the UN that new mutations were imminent, given the international community's failure to ensure that everyone, not just citizens of rich countries, They are vaccinated. In 2021, something like a passport for entry and travel for vaccinated, sick or those who perform molecular or antigen tests also entered our lives.

Named safe pass in some countries, green pass in others, especially for European citizens it is necessary for travel as it recognizes those vaccinated with a double dose or a booster or diagnostic test with a negative result, something that all countries require for entry. .

The latest figures show that the cases have exceeded 283.2 million, the deaths are over 5.4 million internationally and it is estimated that 251.8 million have recovered.

The miraculous vaccines that did not reach everyone

So far, around twenty new coronavirus vaccines have been developed internationally and approved, allowing more than 7,8 billion doses to be administered, but with obvious disparities in access between rich and poor countries.

In January 2021, Antonio Guterres, the UN Secretary-General, warned that many countries were reluctant to look beyond their borders when it came to vaccinations.

The head of the World Health Organization in Africa, Matshidiso Moeti, condemned the "vaccine hoarding" which, he said, would only prolong and delay the continent's recovery.

At the same time, the WHO prophetically warned that as much time as needed to suppress its spread COVID-19, the greater the risk of developing newer, more resistant vaccines.

Until July, with the appearance of the Delta variant, which became its dominant form COVID-19, and the grim milestone of the four million deaths attributed to the virus (it had risen to five million just four months later), the WHO has denied responsibility for the lack of equitable vaccine production and distribution. It is now certain that Omicron will prevail.

COVAX: a historic global effort - The emergence of 'Micron

In an effort to support the most vulnerable, the WHO spearheaded the COVAX initiative, which is the fastest, most coordinated and successful global effort in history to fight a disease. Funded by richer countries and private donors, who have raised more The $ 2 billion COVAX program was launched during the first months of the pandemic to ensure that people living in poorer countries would not be left out when successful vaccines hit the market. started with Ghana, Ivory Coast and Yemen in March.

By April, batches of vaccines had been shipped to more than 100 countries through COVAX. However, the problem of vaccine inequality is far from being solved. The WHO announced on September 14 that more than 5,7 billion doses of vaccine had been administered worldwide, but only 2 percent had gone to Africans.

About 67 percent of people in high-income countries have had at least one dose of the vaccine, but not even 10 percent in low-income countries. This imbalance, which the WHO has described as a "moral outrage", risks deepening as many countries rush to develop additional doses to respond to Omicron. Experts warn of over-optimism about early signs that new metal causes less severe disease than previous strains, pointing out that it is spreading so fast that it could even flood health systems.

This includes the ability to receive, store, distribute, manage (due to, for example, lack of trained health personnel or vaccination centers) and record vaccine use, including waste.

Another obstacle to achieving the target of 70% of the total population coverage in all countries by mid-2022 will be the demand limits that will result from the widespread misinformation and hesitation about the vaccines that arise. In recent months In 2021 we had the start of the administration of the booster dose in many countries while just a few days ago Israel started the administration of the 4th dose to health professionals initially. Many countries have also started a program to vaccinate children aged 5-11 after immunizing older children aged 12 and over.

In terms of vaccines and drugs against Covid, the data show that since last December about 1,400 drugs and vaccines have been developed and at the top of the studies for the development and production are the American companies ImmunoPrecise Antibodies and Pfizer and GlaxoSmithKline with based on the United Kingdom, which each develop around ten preparations and vaccines for the new coronavirus. Of these vaccines and preparations have been released for marketing only 28 and in the third phase of clinical trials are 122.

In addition to directly affecting the health of millions of people around the world, the pandemic has had many negative effects, from disease treatment to education and mental health. The diagnosis and treatment of cancer, for example, has been severely disrupted in about half Countries. Over one million people have lost the necessary care for tuberculosis. Widening inequalities have prevented those in poorer countries from accessing AIDS services, and reproductive services have been upgraded for millions of women.

UN agencies believe that, in South Asia alone, serious disruptions to health services due to the pandemic of COVID-19 may have led to an additional 239.000 deaths of children and mothers last year, while in Yemen, the growing impact of the pandemic has led to catastrophic situations and it is estimated that a woman dies in childbirth every two hours.

In terms of mental health, the last year has had a significant impact worldwide, but the report has been particularly large for children and young people. UNICEF revealed in March that children were now living in a "catastrophic and distorted new normalcy" and that progress had been made in almost every key measure of childhood. Children in developing countries have been particularly hard hit by child poverty rates to be estimated to have increased by about 15 per cent. An additional 140 million children in these countries are also projected to be living in households living below the poverty line.

In terms of education, the impact has been just as devastating. The WHO reports that 168 million students worldwide have lost almost a year of school since the beginning of the pandemic, and more than one in three could not access distance education when schools closed.

UNICEF has reiterated its message since 2020 that closing schools must be a matter of last resort. The head of the service, Henrietta Fore, said in January that "no effort should be spared" to keep the children in school. "to thrive in the 21st century economy they have shrunk," he said.

In August, following the summer recess, UNICEF and the WHO issued recommendations for safe return to the classroom, including the involvement of school staff in national coronavirus vaccination plans and the vaccination of all children 12 years of age and older.

How we respond to future pandemics

Along with calls for greater vaccine equality throughout the year, the United Nations has repeatedly stressed the importance of devising a new way of dealing with future pandemics, citing the failure of the international COVID-19A series of WHO meetings were held with the participation of scientists and policy makers, and in May it was announced that an international pandemic control center would be set up in Berlin to ensure better preparedness and transparency in the fight against possible future In July, the G20 team of the world's largest economies published an independent pandemic preparedness report, which concluded that global health insurance was dangerously underfunded.

The co-chair of the committee, Tharman Shanmugaratnam from Singapore, noted that COVID-19 was not a single disaster and that the lack of funding meant that "we are therefore vulnerable to a prolonged pandemic COVID-19", with recurring waves affecting all countries, and we are also vulnerable to future pandemics." agreed to develop a new global pandemic prevention agreement. The WHO chief acknowledged that there was still a heavy workload ahead, but hailed the agreement as "a cause for celebration and a cause for hope".