Amnesty states in its report that it interviewed 30 rape victims, some of whom are 14 years old 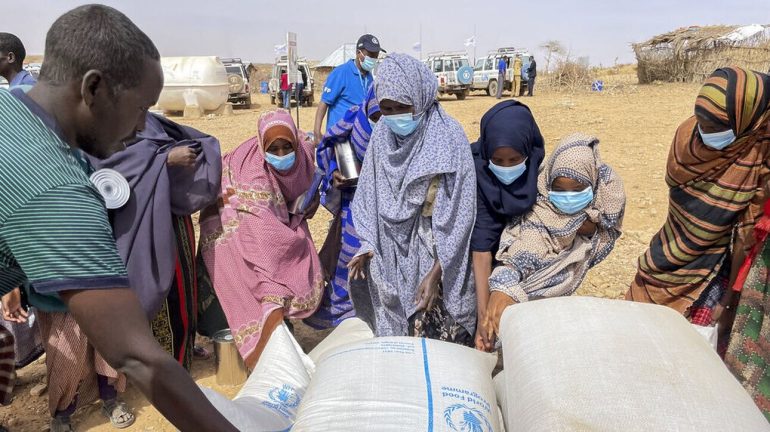 The war that started in Tigray, in the north, has been marked by numerous atrocities on all sides. Ethiopia, before spreading to the neighboring states of Amhara and Afar, after it broke out in November 2020.

The organization for the defense of human rights international Amnesty in a report released today, Wednesday, complains that guerrillas from the state of Tigray committed rapes of women and underage girls, in several cases group, in two communities in the state of Amhara.

Amnesty states in its report that it interviewed 30 rape victims, some as young as 14, as well as victims of other atrocities in the Senna and Kombo communities in August and September, after being captured by the Tigray People's Liberation Front. (TPLF).

Nearly half of victims of sexual violence reported being gang-raped, many in front of their children. Doctors told the NGO that some had internal bleeding because the rapists put rifle barrels and bayonets in their genitals.

A XNUMX-year-old schoolgirl told Amnesty International that both she and her mother were raped inside their home by TPLF fighters, who told them so. revenge for similar atrocities suffered by their own families.

"My mother is very ill now, she is very depressed, she is in despair. We are not talking about what happened, it is impossible ", said the student, Lucy.

In November, Amnesty International released another report on guerrilla sexual assault in another community in Amhara.

"Evidence has grown that Tigray forces have been committing war crimes and possible crimes against humanity in areas under their control in Amhara since July 2021," said Sarah Jackson, deputy director of the department. NGOs responsible for East Africa.

Residents of Kombo reported that the guerrillas killed civilians.

The TPLF has not responded to reports of these crimes, according to Amnesty. However, the faction criticized the NGO's previous report, adding that it was conducting its own investigation.

The civil war in Ethiopia has claimed the lives of tens of thousands of people, displaced more than two million people and brought hundreds of thousands to a state of famine, according to the United Nations.

Amnesty International has previously reported the rape of hundreds of women and girls in Tigray by men from the Ethiopian Federal Army and the Eritrean Armed Forces, who were also involved in the war on the side of Addis Ababa.

In November, a joint report by Michelle Bachelet's services to the UN High Commissioner for Human Rights and the Ethiopian Commission on Human Rights gathered evidence of possible war crimes and crimes against humanity.