Labor Party leads six percentage points in Labor with a new poll of 10.000 voters in Britain 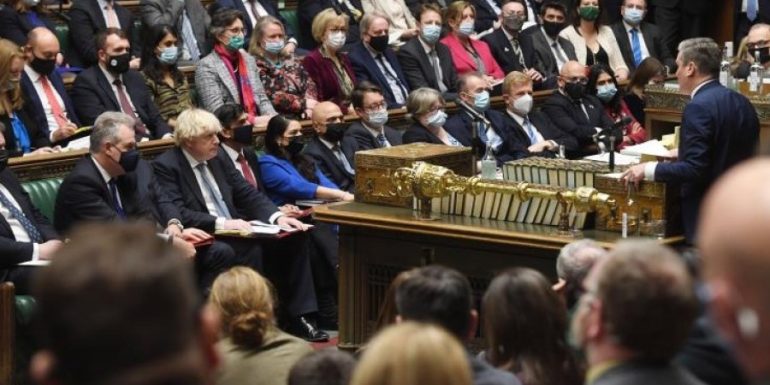 Labor led by six percentage points in a new poll of 10.000 voters in Britain, with Boris Johnson's ruling Conservatives in danger of losing more than 100 seats. Among those seats is that of the Prime Minister himself in West London.

The Survation poll gave Sir Kir Starmer's party 41% to 35% for the Tories, with respondents saying the vote was influenced by allegations of corruption in the heart of the government and Downing Street parties violating the rules. of the pandemic.

The measurement was made by a method that analyzes the data by region and reveals that if the elections were held now (ss: they are scheduled for 2024) the Conservative Party would fall from 366 seats and the autonomy of 40 seats to 255, losing 111 deputies. . The Labor Party would occupy 309 seats, a remnant of autonomy, but having won 107 seats.

In addition to Boris Johnson, four other members of the current government would lose their seats, according to the poll.

The most worrying thing for the Tories, as it is pointed out, is that they are losing their traditional voters, that is, older citizens in rural areas as well.

After all, the Conservatives would retain only three of the 40 districts of the so-called "red wall" they won in the 2019 election triumph, the traditional Labor strongholds in central and northern England won mainly by Jeremy Corbin's Boris Johnson over Brexit.

The poll also shows that voters question the integrity, honesty and leadership of the government, and that they are concerned about the rising cost of living.

Another poll, by the Focaldata company on behalf of the Sunday Times, puts Labor ahead by eight points (40% vs. 32%) and with 13 seats in the next House of Commons.

And this poll, with a sample of 25.000 voters conducted in the first three weeks of December, predicts a loss of seat for Boris Johnson and five other ministers.

"This poll shows the elimination of the Conservatives. It confirms the trend we see in recent polls, with Labor maintaining a strong lead in voting intentions against the Tories. Conservative prestige among citizens has been badly damaged by a series of catastrophic revelations in recent weeks. "The fact that the Labor Party is doing so well in this poll is due more to the collapse of the Conservatives than to the renaissance of the Labor Party," Focaldata CEO Justin Ibet told the Sunday Times.