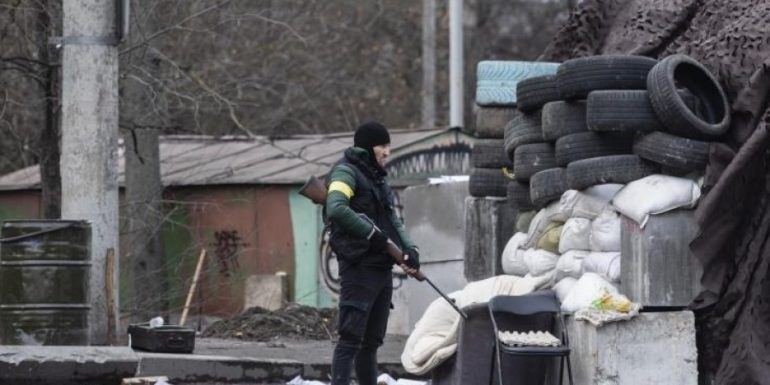 The mayor of Kiev, Vitali Klitschk, announced a 35-hour curfew in the Ukrainian capital from Tuesday afternoon until Thursday morning.

Kyiv came under Russian bombardment overnight, and images released by the State Emergency Service showed an apartment building on fire after being hit.

Emergency services said earlier that two people had been killed when a building was attacked, but did not immediately say if it was the same.

Elsewhere in the city, eyewitnesses told Reuters they saw residents clearing damage to their homes when bombardment destroyed windows, balconies, and left debris on the ground.