Aksener threatens Erdogan: "You will eat a cuff in the elections" 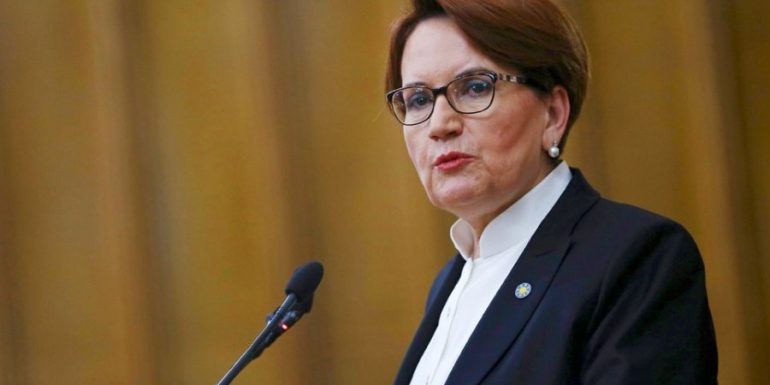 Heavy election defeat, "cuff" as he sarcastically called it, predicts for Erdogan in the presidential election the leader of the Good Party Meral Aksener in the shadow of the collapse of the Turkish president in the polls.

The mayors of Istanbul, Ankara and Izmir (Aksener is part of the alliance) have already joined forces against Erdogan, says Manolis Kostidis.

"These people have punished, in every way, those who have violated their will. Do not do this. "Trying to set traps for some people, do not prepare the cuff that will come in the elections," Aksener said characteristically.