A fight broke out once again in the Turkish parliament 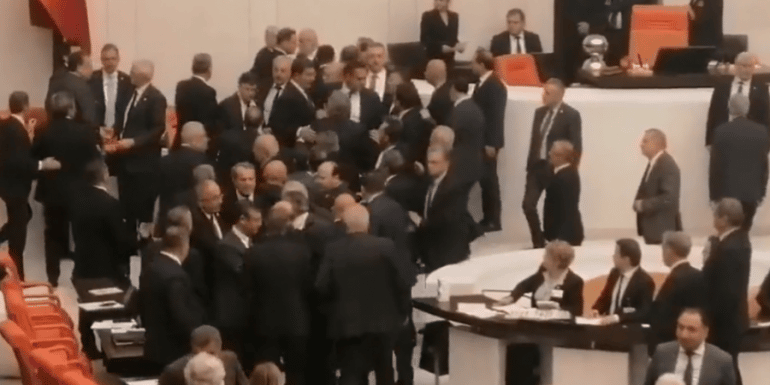 Clashes broke out once again in the Turkish parliament between AKP and Good Party MPs, resulting in an İYİ MP from Trabzon, Hüseyin Ors, being taken to hospital in critical condition.

During the budget debate in the Turkish National Assembly, an argument broke out between ruling AKP MP Zafer Isik and Good Party MP Hüseyin Ors, resulting in fistfights between them. During the fistfight the AKP MP's ring on his finger allegedly caused an opening in Ors' head.