Divorced after... 24 days of marriage because he "disappeared" due to the World Cup

He went for two days with his friends to see Brazil and Switzerland and what was waiting for him was...divorce 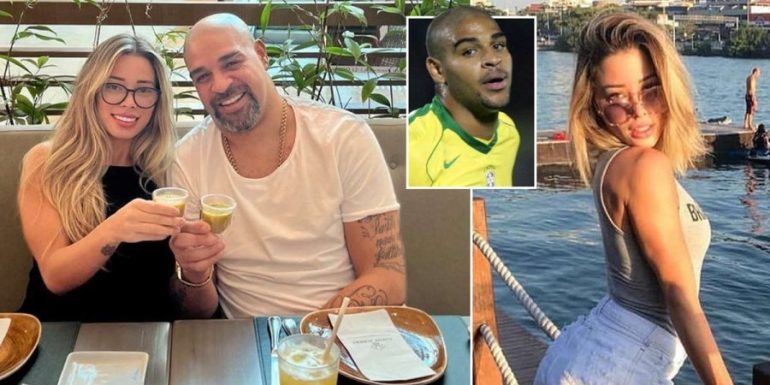 He went with his friends for two days to see Brazil and Switzerland and what was waiting for him was a divorce.

The reason for Adriano, a veteran soccer player who divorced after... 24 days of marriage!

The 40-year-old, who is rumored to have spent £13.000 on 18 prostitutes to deal with the disappointment of his failed move to French side Le Havre in 2015, tied the knot last month.

The couple originally planned to tie the knot on November 30, but decided to move the wedding forward and shared it publicly on Instagram.

Adriano went to Villa Cruzeiro, a neighborhood of Rio de Janeiro, to meet his friends and watch Brazil's match against Switzerland.

The former Inter Milan, Parma, Roma, Corinthians and Flamego star reportedly spent two days in Villa Cruzeiro, where he grew up, before returning to his home in Mesquita.

According to reports, Mezquita and Adriano disagreed about the whereabouts of the two-dayer and broke up after a heated argument. Mesquita has deleted all her Instagram photos with Adriano - just weeks after they walked up the church steps. The couple also canceled a planned celebration with family and friends over the weekend following their split.

However, there may still be hope for the couple as they have broken up and gotten back together five times in the past. Adriano retired from football in 2016, following the death of his father.

He spent several years at Inter and won four Serie A titles. He also scored 27 goals in 48 games for Brazil.

One of his most famous goals came in the 2004 Copa America final against Argentina. Brazil had won 4-2 on penalties.