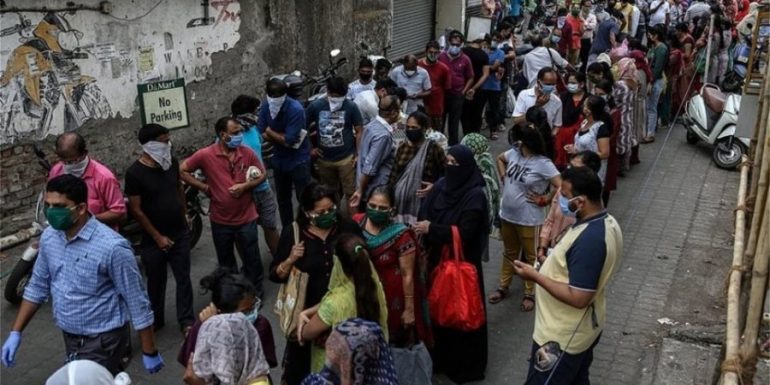 Authorities in India have begun tightening restrictions to prevent mass gatherings at parties and public places ahead of New Year's celebrations as the country sees an increase in cases COVID-19.

According to officials, night traffic has been imposed in all major cities and restaurants have been ordered to reduce the number of their customers.

However, state authorities are finding it difficult to restrict crowds to markets, places of worship and tourist destinations, as they are allowed to remain open, according to officials.

The country recorded 13.154 new cases COVID-19 and 268 deaths in the last 24 hours, as announced by the federal Ministry of Health, with urban health centers recording a large increase. This is the largest number of daily infections since October.

Cases of Omicron variant infection have increased to 961 across India.

Police in the financial capital, Mumbai, banned public gatherings of more than five people until January 7, when they recorded a significant increase in cases of 2.510 infections, the highest daily increase since May, according to local authorities.