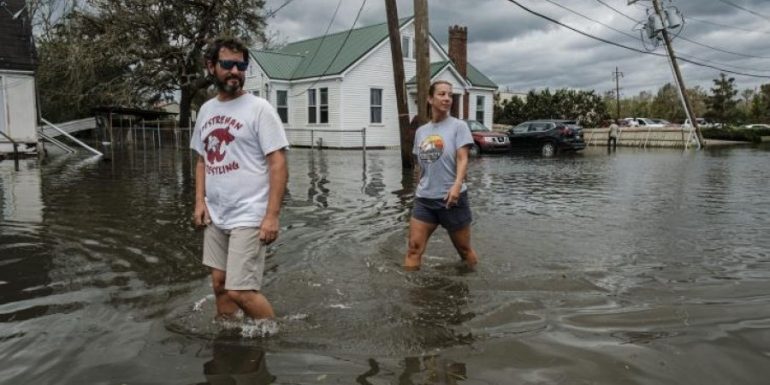 From Hurricane Ida in the United States to catastrophic floods in China and Europe, climate change disasters have cost the planet tens of billions of dollars in 2021, affecting both poor and affluent people without distinction.

Floods, storms and droughts have killed or displaced millions of people in some of the world's poorest regions, underscoring the growing injustice of the effects of global warming, according to a study by Christian Aid, published on the Thomson Reuters Foundation website. planet.

"The cost of climate change has been significant this year," said Kat Kramer, head of climate policy at Christian Aid and author of "Measuring Cost 2021: A Year of Climate Collapse."

The report identified 15 of the most catastrophic climate disasters of the year, including 10 that each cost $ 1,5 billion or more, with damage caused by wild weather everywhere, from Australia to India, South Sudan and Canada.

The economic and human costs of climate change are expected to continue to rise unless governments step up their efforts to reduce emissions and curb global warming, the report said.

Growing calls from countries at risk for a new climate-related "loss and damage" fund should be a "global priority" in 2022, said Nushrat Chowdhury, Christian Aid's climate adviser justice in Bangladesh.

Mohamed Adow, director of Power Shift Africa, a Nairobi-based think tank, said Africa had suffered the brunt of some of the most devastating effects this year, from floods to drought.

"2022 should be the year that we provide real financial support to those at the forefront of the crisis," he added.

Hurricane Ida, which hit the United States in August, topped the list for $ 65 billion in damage. The fifth strongest hurricane to hit the country killed 95 people and caused huge damage to homes and electricity.

A winter storm that hit Texas in February caused a huge power outage and lost $ 23 billion.

Severe floods sweeping western and central Europe in the summer of 2021 caused huge losses of $ 43 billion and a death toll of more than 240. Germany, France, the Netherlands, Belgium and other countries were hit by extreme rainfall that according to scientists caused due to global warming.

Huge disasters in Asia and the cost of floods and hurricanes in the region total $ 24 billion.

Hurricane Yaas, which struck India and Bangladesh in May, caused $ 3 billion in damage in just a few days and forced more than 1,2 million people to flee their homes in low-lying areas.

In China, torrential rains in central Henan province caused massive flooding in July, costing $ 17,6 billion and killing 302 people. The rain that fell in the capital of Zhengzhou Province for three days was almost equal to its annual average, flooding the area subway.

The actual cost of extreme weather conditions is likely to be higher than the exposure estimates, which rely primarily on insured losses. The financial blow tends to be greater in rich countries that can afford insurance and have higher property values.

Some extreme weather events have a low financial burden but greater human losses, especially in the most vulnerable places. For example, floods in South Sudan from July to November forced more than 850.000 people to flee their homes, many of whom had already been displaced by conflict or other disasters.