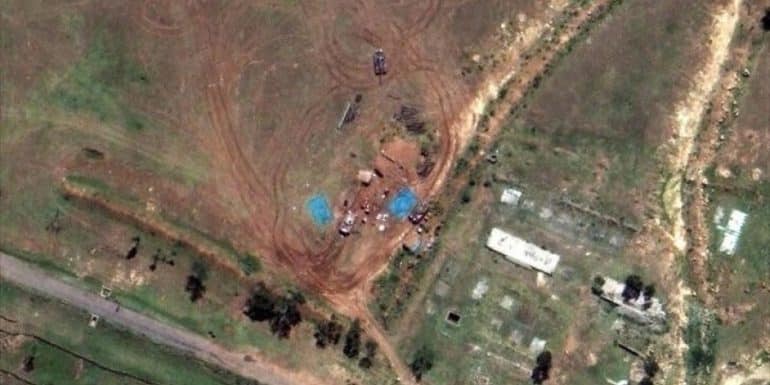 Satellite images show the mobilization of military forces this month in towns on both sides of Ethiopia's northern border with Eritrea, a private US company said today.

Reuters could not independently confirm the content of images allegedly showing military activity after the collapse on August 24 of a five-month ceasefire in Ethiopia's Tigray province.

Tigray forces have been fighting Ethiopia's federal army and its allies, including Eritrean troops and fighters from neighboring Ethiopia, for nearly two years.

Images taken on September 26 show military forces, vehicles and artillery positions in the town of Shiraro, near Tigray's northern border with Eritrea, according to Maxar Technologies, which collects and publishes satellite images of the area.

Images from Eritrea taken on September 19 show the deployment of heavy weapons in the town of Serha, near the Tigray border, Maxar reported.

Most telecommunications in Tigray have been down for more than a year.

Tigray forces said on September 13 that Eritrean troops, fighting alongside Ethiopian troops, at one point took control of Siraro after renewed fighting but appear to have since retreated.

They also accused Eritrea of ​​shelling Tigray towns from its territory in recent weeks.

Ethiopian and Tikgrai authorities did not respond to requests for comment on the latest clashes.

Eritrean troops supported the Ethiopian army in the early stages of the war. The Eritrean government has not confirmed its involvement in the fighting since the ceasefire collapsed, but said earlier this month that some reservists had been called up for military service.

Eritrean Information Minister Gemane Gebremeskel and Getachiu Reda, a spokesman for the Tigray People's Liberation Front (TPLF), the party that leads the Tigray regional government, have so far not commented.