Two years after the first death of the pandemic in Wuhan, China, the international community is still looking for answers to the origin of the deadly virus 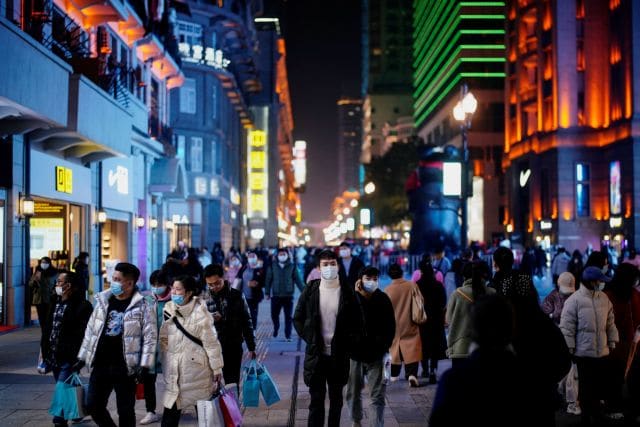 Tuesday marks exactly two years since the first death from the pandemic was announced in the city Uhan of China. Since then, another five million people have died from the virus, and more than 300 million have been infected and the count continues.

The question of the origin and initial course of the virus has not yet been answered in detail. THE World Health Organisation (WHO) calls on Beijing to release the information, while US President Joe Biden seems determined to "recruit" even the secret services to get answers.

The WHO mission is without result

In January 2021, the WHO set up a scientific mission to China to investigate the origin of the virus, but the Chinese government was constantly monitoring the expert research. In a first estimate, the scientists said it was unlikely that the virus came from a laboratory, but it is possible that it was transmitted from an animal to a human. The announcements caused skepticism, the scientific community asked the WHO to continue the research, but the Chinese government rejected the proposal for a second scientific mission, even warning that it "does not agree with the attempt to politicize" a scientific issue.

"According to the evidence we have, the virus started spreading in Wuhan in November 2019. Why was the Chinese government keeping quiet about this?" The Chinese people and the whole world suffered. The initial cover-up decision is the typical reaction of an authoritarian regime to a crisis. Such a regime also bases its legitimacy on the security of citizens. And when security is at stake, the first reaction is disguise. "Their decision to withhold information about the pandemic has hampered research into the virus."

Two years after the first outbreaks of the Wuhan virus, China is again imposing severe restrictions on entire cities to prevent the pandemic from spreading. For three weeks now, 13 million people have been stranded in Xi'an. On social media, some people are protesting against human rights violations. Mandatory quarantine has been imposed since Tuesday in the city of Anyang. Is the strict silence tactic followed by the Chinese authorities in Wuhan revived in 2020?

Beijing says a tough response to the pandemic is better than most "Western" tactics in most Western countries, citing official statistics showing that the number of cases does not exceed 100.000 a day, compared to one million in the United States. Yi Chen, an assistant professor of public health at Yale University, says any decisions to impose new health measures are made locally: "There is a big difference in how each municipality handles the pandemic. Even if China were to lift the restrictions at the moment, some parts of the country would not be able to manage it as well as others. They remain committed to the 'zero covid' strategy. "

Mei San Ho, a researcher at the Taiwan Institute of Biomedicine, believes that the main reason for the Chinese authorities' insistence on this strategy is to hold the Beijing Winter Olympics "at all costs". Elsewhere, according to Yale University, China will probably delay reopening its borders. "This is a taboo subject in China," he said. "Journalists avoid relevant questions, no one wants to make predictions. It could happen a year from now, but I do not think it is on the agenda for 2022. "