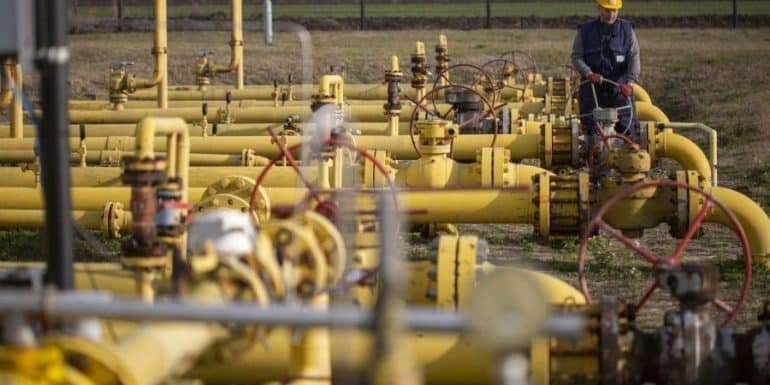 In the midst of disagreements, which seem difficult to bridge, regarding the idea of ​​imposing a general ceiling on the price of natural gas, today, for the second time in a month, the council of energy ministers of the EU is meeting in Brussels. Goal: reducing high energy prices.

The debate in the Council will be fueled by the European Commission's non-paper on "extraordinary interventions in the natural gas market".

The proposal essentially rejects the idea of ​​15 member states for a general ceiling on the wholesale price of gas, because of the risks it poses to the security of energy supply. The Commission presented this non-paper two days ago, at the level of Permanent Representatives of EU countries (COREPER I). According to a European official, its content caused frustration and irritation among the 15.

According to European diplomatic sources, Greece, Italy, Belgium and Poland have submitted an information memorandum to Council members, responding to the Commission's "objections" to the idea of ​​a cap on the price of natural gas. On the other hand, twelve countries still raise objections, the first being Germany which considers, like the Commission, that the idea of ​​15, if implemented, will endanger energy supplies.

However, according to a European official, the 15 are determined to stick to their proposal and put pressure on the Commission. The Commission will have to take into account the majority of member states when it draws up the legislative action plan that it will present next Tuesday 4 October.

Currently, according to the non-paper released by the Commission, the cap proposal is solely for the price of Russian natural gas — a proposal rejected by a majority of member states at the September 9 emergency energy council.

At the same time, the Commission proposes to negotiate cheaper prices with "reliable" pipeline gas suppliers and with liquefied natural gas (LNG) suppliers. It also proposes the introduction of a new benchmark for LNG in order to delink it from the Amsterdam Stock Exchange (TTF) and leaves open the possibility of a "temporary" cap on the price of natural gas used to generate electricity (modeled on of Spain).

Thorns among the 27 are not expected to emerge in today's energy council either. The discussion is expected to end up at the table of European leaders, who will meet in Prague on October 6 and 7 at the informal Summit.

[1] the reduction of electricity demand (with flexibility as to the obligation),